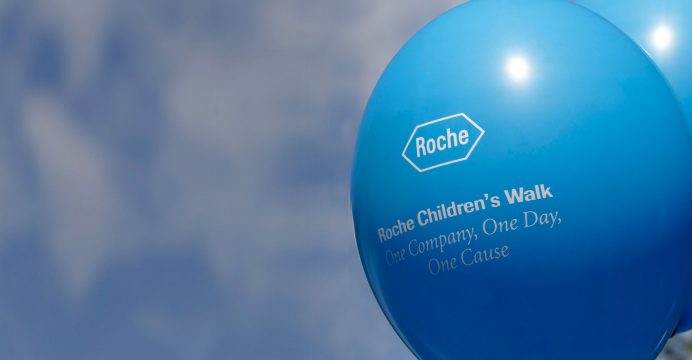 Roche (SIX: RO, ROG; OTCQX: RHHBY) announced  that the European Medicines Agency (EMA) has validated the company’s Marketing Authorisation Application (MAA) of OCREVUS® (ocrelizumab) for the treatment of relapsing multiple sclerosis (RMS) and primary progressive multiple sclerosis (PPMS) in the European Union (EU). Validation confirms that the submission is complete and signifies the MAA is under review by the EMA’s Committee for Medicinal Products for Human Use (CHMP). The U.S. Food and Drug Administration (FDA) has also accepted for review Roche’s Biologics License Application (BLA) for OCREVUS for the treatment of RMS and PPMS, and has granted the application Priority Review Designation with a targeted action date of 28 December 2016. If approved by the EMA and FDA for both indications, OCREVUS would be the first and only treatment for both forms of multiple sclerosis (MS), which affect approximately 95 percent of people at diagnosis. “OCREVUS is the first investigational medicine to significantly reduce disability progression in people with relapsing and primary progressive forms of MS,” said Sandra Horning, M.D., chief medical officer and head of Global Product Development. “We are pleased by the acceptance of our marketing applications for OCREVUS, which we believe has the potential to help people living with either of these two forms of MS. We will continue to work closely with the EMA and FDA to bring this investigational medicine to people with MS as quickly as possible.”

If the EMA’s CHMP adopts a positive opinion that is endorsed by the European Commission, OCREVUS will be granted a marketing authorization that will be valid in all 28 member states of the EU.

OCREVUS® is the proprietary name submitted to global regulatory authorities for the investigational medicine ocrelizumab.