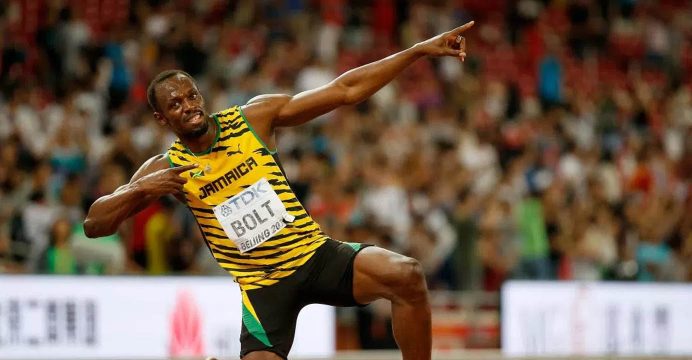 Bolt gears up for Olympic trials

Usain Bolt will embark on the first major test of what he plans to be a triumphant swansong here Thursday as the Jamaican Olympic athletics trials get under way, Reports BSS.

With less than 40 days to go before the Olympics, the sprint superstar will aim to seal his ticket to Rio as he targets a defence of his 100 metres, 200m and 4x100m crowns.

Bolt, who completed an unprecedented second consecutive set of victories in all three events at the London 2012 Games, is hoping to complete a remarkable “Triple Triple.”

So far this season, the signs have been encouraging that Bolt is firmly on track, with the 29-year-old clocking a blistering 9.88 seconds at a meeting in Kingston on June 11, the second-fastest time in the world this year.

Only France’s Jimmy Vicaut, who clocked a wind-assisted 9.86sec earlier in June, has run faster this season.

Unlike the IAAF world Championships, there are no byes to the Olympics and under the rules of the Jamaica Athletics Administrative Association (JAAA) rules every athlete seeking to be chosen for Rio Games must compete at the trials.

Bolt’s main challenge is likely to come from Yohan Blake and Nickel Ashmeade, both of whom have clocked under 10 seconds this season at 9.94sec.

Blake committed the cardinal sin of defeating Bolt at the trials for London four years ago but ultimately finished behind his training partner at the Games themselves.

With Bolt and Blake favored to take two of the 100m berths, Ashmeade will likely face competition from Asafa Powell and Kemar Bailey-Cole for the third spot.

Heats begin Thursday at Kingston’s National Stadium with the final set for Friday.

While Bolt has yet to run a 200m so far this year, he will start as favorite to win over the longer distance with Ashmeade, the fastest Jamaican so far this year with 20.07sec, Julian Forte, Warren Weir and Commonwealth Games champion Rasheed Dwyer all in the mix.

In the women’s events, Shelly-Ann Fraser-Pryce will aim to book her place for Rio after a season which has been disrupted by an injury to a big toe.

Fraser-Pryce, the 100m champion at the 2008 and 2012 Games and reigning world champion, is also chasing a place in the 200m contingent.

Veteran Veronica Campbell-Brown, 34, will also be running in the 100m and 200m as she attempts to qualify for what would be her fifth and possibly last Olympics.

Campbell-Brown who has eight Olympic medals, is the Jamaican leader in the 100m while Elaine Thompson who took silver in the World Indoors this year, leads the 200m rankings.

Elsewhere this weekend, world leader Omar McLeod and Olympic bronze medallist Hansle Parchment are on course to clash in the 110m hurdles on Sunday.

McLeod has the four fastest times in the world so far this year while Parchment is third and their battle could overshadow the 200m.