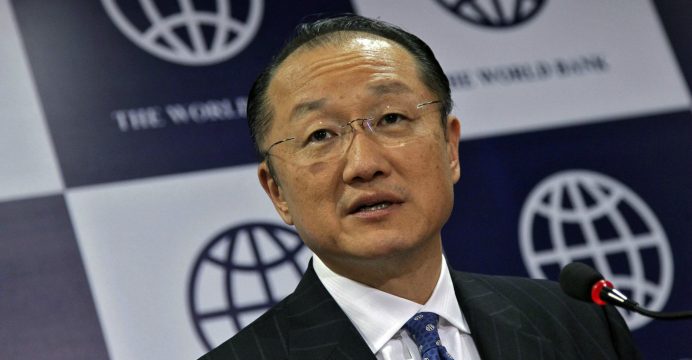 World Bank Group President Jim Yong Kim arrives in New Delhi tomorrow on a two-day visit to the country to review the progress on the priority areas for World Bank support that Indian Prime Minister Narendra Modi had identified in July 2014 and to understand firsthand India’s efforts on renewable energy and nutrition. During his visit, Kim will meet with Prime Minister Narendra Modi and Finance Minister Arun Jaitley in Delhi.

“India is the world’s fastest growing economy and also home to 26 percent of the global extreme poor. This means that India has a great opportunity to make strong and sustained inroads to reducing poverty and to help lead the world in ending extreme poverty by 2030,” Kim said.

“I’m very impressed with Prime Minister Modi’s reforms, and on this trip I want to explore how the World Bank could provide knowledge and financing to advance his government’s priorities. We will do all we can to best support India’s ambitious development agenda.” 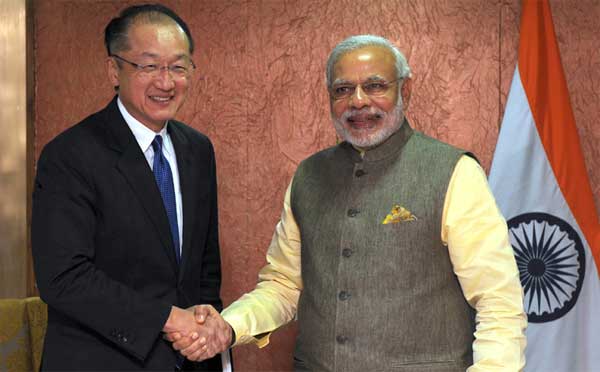 During his visit the World Bank Group President will seek the government’s leadership in dealing with endemic problems like malnutrition and reiterate the Bank’s strong support to India’s stated commitments to increase its reliance on renewable energy sources.

“Prime Minister Modi’s goal of making India the human resources capital of the world will succeed only if malnutrition is addressed immediately and ambitiously. India has made significant progress over the past few years in reducing the levels of malnutrition in the country, which unfortunately still remain high,” Kim said.

“The Swachh Bharat Mission can be a game-changer because good sanitation practices can help address malnutrition. I look forward to learning from India’s experience and exploring ways of working together to increase the impact of current initiatives.”

Kim will visit an anganwadi (nutrition) center in New Delhi, a part of the Government of India’s Integrated Child Development Services Scheme (ICDS), to experience the magnitude of the challenges that the government is facing in tackling malnutrition.

He will also visit a skills center in Delhi to see efforts being made to improve skills as part of India’s Skill India Mission and the connection between skills development and the need to invest in the early years of childhood.

Later that day, Kim will participate in a roundtable discussion on malnutrition hosted by the Ministry of Women & Child Development and discuss with a wide range of stakeholders the current thinking on how best to address malnutrition in India, notably in the context of a new National Nutrition Strategy.

The Bank is working closely with the Government of India in the area of renewables by making more financing available, supporting the introduction of new technologies and building capacity for private sector investments in a number of states across India.

“India has taken on a global leadership role in solar power generation with its visionary plan to scale up renewable power generation by 175 GW by 2022. In my meetings with Prime Minister Modi and Finance Minister Jaitley, I plan to discuss how the current engagements can be expanded to meet these targets,” Kim said.