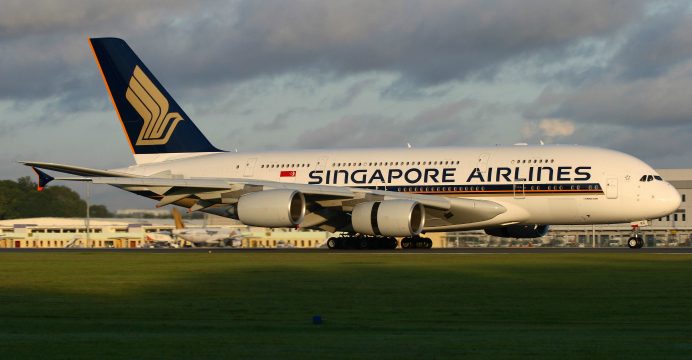 A Singapore Airlines plane caught fire on Monday while making an emergency landing at Changi Airport after turning back from a flight to Milan following an engine oil warning message, the carrier said, reports BSS.

No one was injured aboard the Boeing 777-300ER, but one passenger described those moments as a “so-close to death” experience.

SIA said in a statement the plane was en route from Singapore to Milan when an engine oil warning forced it to turn back to the city-state. 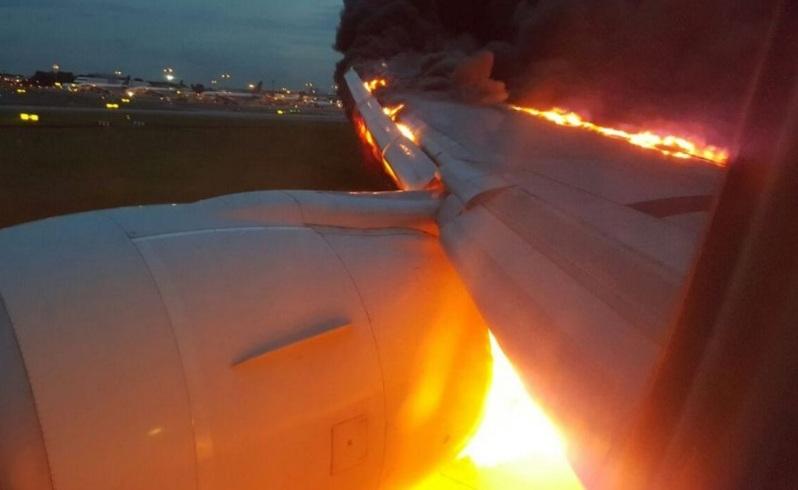 A passenger captures the dramatic landing at Changi Airport

“The aircraft’s right engine caught fire after the aircraft touched down at Changi Airport at around 6:50am,” it said.

“The fire was put out by airport emergency services and there were no injuries to the 222 passengers and 19 crew on board.

“Passengers disembarked through stairs and were transported to the terminal building by bus.”

“Our Singapore Airline plane was leaking oil 3 hours flying off and the plane had to turned back. After reaching Changi Airport, as the plane was landing, the engine burst into flames!!!! Huge fire was burning!” Lee wrote.

“It was a heart wrenching 5 mins! Waiting for the fire engine and fire fighters to put out the fire! They shot foam and water into the fire and eventually it was put out! We were so close to death!!” Lee added.

“I thank God I am alive! I going home to hug my kids.”