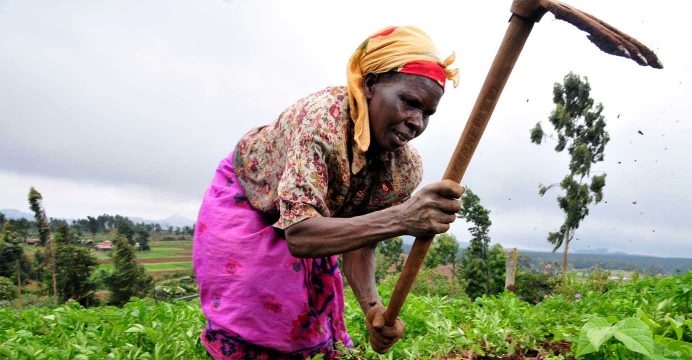 Uganda will begin pumping its first commercial oil in 2018, which could be a major source of socio-economic transformation if revenues are well invested to diversify the country’s economy.

The new Country Economic Memorandum (CEM), jointly prepared by the World Bank Group and Government of Uganda shows that proceeds from oil could accelerate growth and reduce poverty if it is ploughed in to agriculture, infrastructure, and human capital development to drive growth and create jobs.

Titled, “Economic Diversification and Growth in an Era of Oil and Volatility, the CEM discusses the prospects of oil and mineral production in Uganda, and draws on global experiences of oil producing countries in Africa and elsewhere to guide the country in making the right policy and fiscal choices so as to benefit fully from the oil and mineral windfall.

“Uganda has an opportunity to get the economics right. If oil resources are well managed, it could take the country a lot less time to achieve its national vision of attaining upper middle income by 2040,” said Christina Malmberg-Calvo, World Bank Country Manager for Uganda. “This requires pumping back the oil profits in to sectors that will have huge economic spill-overs to the most vulnerable and poorest”.

In 2006, Uganda discovered over 6.5 billion of oil reserves in the Lake Albert basin, in the South West along its border with Democratic Republic of Congo. About 1.3 billion barrels are recoverable, but only 40 percent of the country’s potential has been explored so far, raising hopes of further oil finds.

A consortium led by UK-based Tullow Oil, Total and China National Offshore Oil Corporation (CNOOC) hopes to produce up to 60,000 barrels per day, which could eventually increase to 120,000 barrels. Once production commences, the country whose economy is largely dependent on agriculture, would earn up to $2billion annually in revenues, helping to provide a springboard to transform the economy which has slowed down to 4.6% in 2015/16. Despite reduction in poverty to 19%, more than one third of the Ugandan population remains poor and vulnerable to shocks. The Government of Uganda views economic diversification as a key component of its development strategy.

The report highlights a number of opportunities at the various stages of the oil industry. These include drilling services, production maintenance service, geological services, engineering, fabrication and construction – all of which could generate an estimated 15,000 new jobs for the country’s large unemployed youth population. Opportunities also exist in sectors such as insurance, food and beverages, transportation, health and safety, as well as banking and financial services.

Experience from oil emerging economies however shows oil and minerals tend to fuel conflict, corruption and widen income and poverty disparity, instead of boosting shared prosperity.

The Memorandum offers a series of recommendations including policy and institutional strengthening, to regulate the sector, and ensure greater transparency as well as accountability. Stimulating manufacturing and industry, as well as private sector businesses, along with investing in health and education, would create a more skilled labour force capable of driving growth for the long term. The report also advocates a “sustainable investing approach” that combines sub­stantial savings with investment and links the size and speed of the public investment program to progress in absorptive capacity.