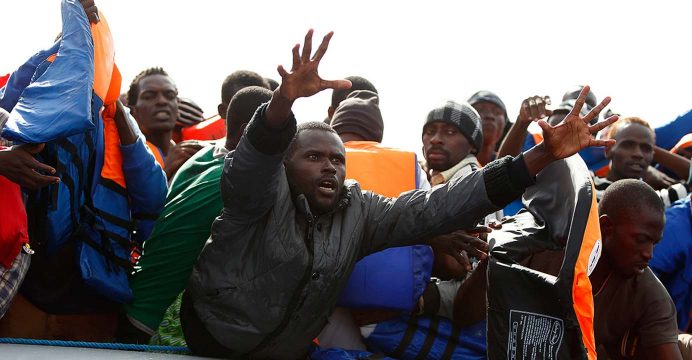 Today IOM in Malta concluded the final stage of the project “Improve Quality of Prosecution and Protection of Victims of Trafficking through the Justice System in the Republic of Malta”.

Following its launch in February 2016, the Government of Ireland-funded project culminated in two single-day training sessions designed to enhance the capability of judges and prosecutors to adequately detect, prosecute and convict traffickers, and to build skills to better support and protect victims of trafficking in line with European and international standards.

The training was based on modules developed from an in-depth analysis and a needs-assessment carried out over the last six months.

Trafficking of human beings, described as “a stain on humanity” by Irish Ambassador Mac Coscair at the event, ranks behind only the illegal weapon and drug trade markets as the largest and most profitable criminal activity in the world. More than 20 million people around the world are embroiled in it, many of whom are not even identified as victims of trafficking.

According to Dr. Martine Cassar, Officer-in-Charge of IOM Malta, the collaboration with the Government of Malta and the Government of Ireland has been a crucial step in countering “one of the most grievous crimes, a severe violation of human rights and of a person’s dignity.”

At the training event, Dr. Cassar outlined the project’s key findings and a suggested a way forward to improve the current system. She noted that challenges to successfully carrying out counter-trafficking measures are prevalent in the four key areas: knowing, implementing and enforcing the law, understanding the vulnerability of the victim, and protecting the victim.

“An in-depth understanding of the phenomenon and effective law enforcement measures are required from responsible actors at all levels. More resources, both human and financial, are necessary if we are to meet this challenge,” she said.

Maltese Minister for Home Affairs and National Security Hon. Carmelo Abela and Minister for Justice Hon. Owen Bonnici both emphasized in their keynote speeches the innovative character and added value of the counter-trafficking project.

The project builds on earlier IOM initiatives in Malta, such as “Launching Initiatives Supporting Malta’s Efforts to Suppress Trafficking” (LIMES) carried out with the Maltese Government, as well as the ongoing project “Looking Beneath”, which is working to help improve the capacity of anti-trafficking entities in Malta.

Together with its partners, IOM will continue to work towards the effective protection of trafficked women, men, girls and boys, as well as the prevention of trafficking, exploitation, and abuse, prosecution and redress, and policy and partnerships.

Countering trafficking in persons is one of the areas where IOM has expanded its activities since 1994. Today, IOM is the largest provider of services to victims of human trafficking across the globe. The counter-trafficking strategy developed by IOM has three objectives, namely, to prevent trafficking in persons, to protect victims, and to offer them options for safe and sustainable reintegration and/or return to their home countries.