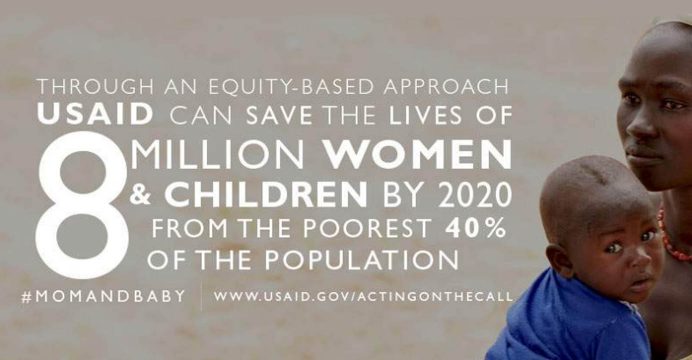 USAID released the third annual Acting on the Call report, which details how a renewed focus on the poorest 40% of the population can save the lives of 8 million women and children by 2020, USAID said on a brief.

The report also announces Burma as the twenty fifth priority country for USAID’s effort to end preventable child and maternal death. Alongside the report, USAID announced a new $9.2 million program – Integrating Community Health – which will leverage an additional $10 million investment from other sources and is designed to strengthen the role of community health in USAID’s efforts to end preventable child and maternal deaths.

This third annual Acting on the Call report provides country-by-country updates on progress made over the past year in priority countries, which together account for more than two-thirds of the child and maternal deaths worldwide. The report also examines how to accelerate progress through an equity based approach, describing what can be achieved if the bottom two wealth quintiles have the same opportunities and access to health interventions as the rest of the population.

The first Acting on the Call report, released in 2014, laid out a roadmap of how USAID would scale up high impact interventions in 24 priority countries to save 15 million children and 600,000 women by 2020. Last year, the second annual report updated on progress in each country and went into further detail about how USAID will reach 38 million women with increased access to care during childbirth.

The 2016 report includes country by country updates on how USAID is meeting the commitments we made in 2014, as well as how USAID’s programs are targeting the poorest and hardest to reach.

USAID is working in Burma to implement evidence based interventions, such as strengthening the capacity of midwives, improving the public health supply chain, and employing mobile clinics to reach rural areas.

USAID will invest over $9 million in these awards, which in turn will leverage an additional $10 million in investments from other sources, as well as support in the form of trainings, equipment, and direct support to community health workers. The Integrating Community Health Program is a collaboration between USAID and UNICEF that will support countries to achieve and sustain effective coverage of proven health interventions at scale and contribute to ending preventable child and maternal deaths.