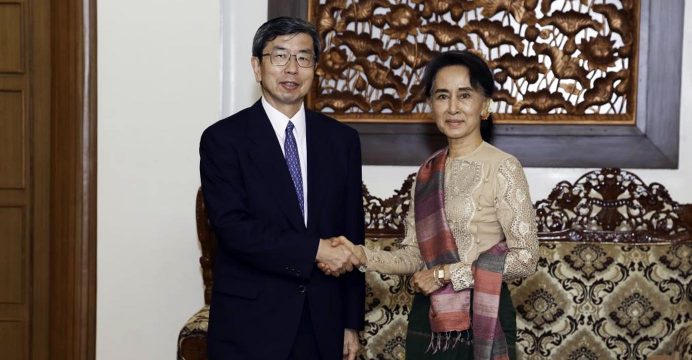 Mr. Nakao announced that ADB will expand annual sovereign concessional lending for projects from about $150 million to $350 million from 2017, with a strong focus on infrastructure and job creation. ADB is also expanding its lending, equity investment and guarantees to the private sector in Myanmar’s infrastructure and finance sector. 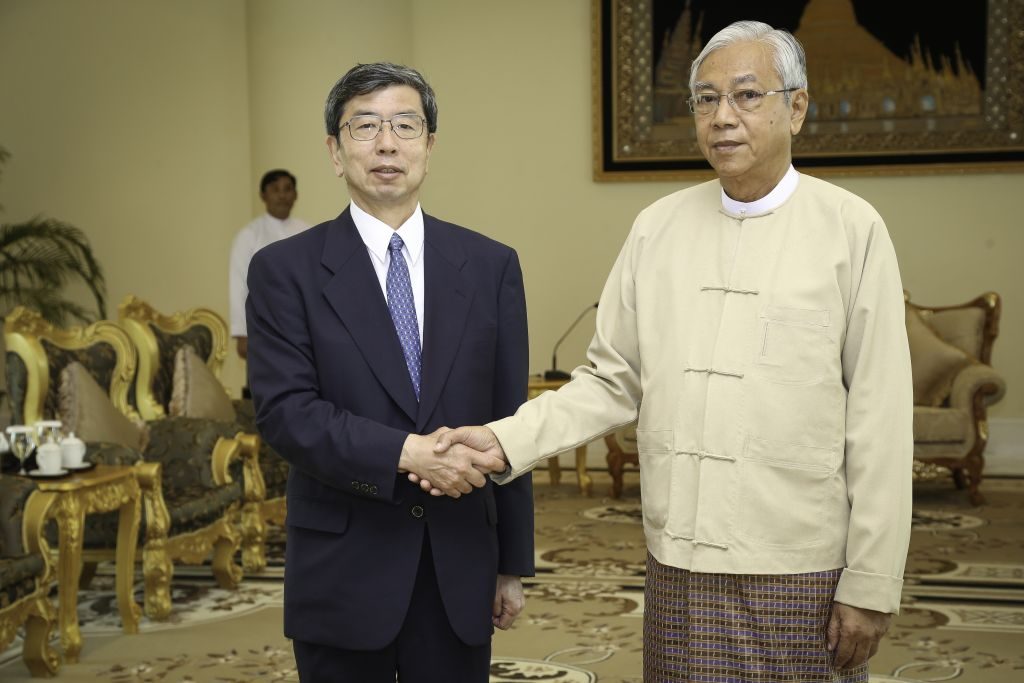 “The successful political transition is a landmark in Myanmar’s development and an encouraging sign for further socioeconomic progress,” said Mr. Nakao. “I am impressed by the government’s commitment to ensuring all citizens benefit from growth. ADB will support this effort by helping to promote education and quality jobs, enhance infrastructure, and attract private investment.”

Myanmar is one of the fastest growing economies in Asia backed by infrastructure development, foreign direct investment, manufacturing, and a robust service sector including tourism. ADB expects Myanmar’s economy will grow at 8.4% in FY2016 (ending 31 March 2017) and 8.3% in FY2017, after slowing to 7.2% in FY2015 due to devastating floods and landslides. Inflation is forecast to moderate this year but remains high at 9.5%. The current account deficit is seen narrowing to 8.3% of gross domestic product, down from 8.9% in FY2015. Mr. Nakao stressed the importance of prudent macroeconomic management to sustain high growth and job creation.

“A strong focus on structural reforms in key areas is also critical to the country’s development,” Mr. Nakao said. He welcomed government initiatives to increase infrastructure investment through public-private partnerships (PPPs) in telecommunications and power generation. The time needed to register a business has been reduced from more than 2 months to less than 3 days. “Further improvement of the business environment is essential to attract foreign direct investment, which will boost financial resources as well as transfer of knowledge and technology,” he noted.

Progress is being made in social development such as improvements in the enrolment in and quality of primary school education. To help address the scarcity of skilled workers in Myanmar, ADB is supporting curriculum reform in secondary education and technical and vocational education and training. ADB is also supporting health projects to address HIV/AIDS, malaria, and other communicable diseases in the context of Greater Mekong Subregion initiatives.

ADB is assisting the government in preparing a private sector development framework and action plan in close consultation with the private sector. Priority is placed on strengthening business regulations, improving access to finance, and promoting PPPs.

ADB is working with the government on a new country partnership strategy (2017-2021) to support inclusive and sustainable economic growth and job creation. The strategy is closely aligned with the government’s priorities, and prepared in close coordination with other development partners.

Myanmar joined ADB in 1973. ADB resumed operations in the country in 2012 and has since approved six sovereign loans totaling $892 million—including $512 million used for a special program loan in 2013 to support macroeconomic reform and restructure arrears—and five grant projects under the Japan Fund for Poverty Reduction for $39 million. ADB has also approved four non-sovereign projects, through loans, equity investments, and guarantees, since 2014, totaling $932 million including cofinancing of $440 million by commercial banks, in telecommunications, logistics, urban development, and power generation.