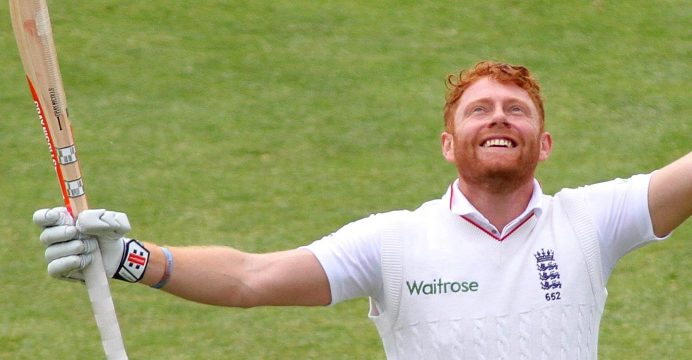 Jonny Bairstow breaks into the top 20 for the first time

England’s wicketkeeper-batsman Jonny Bairstow has achieved his highest ranking to date in the MRF Tyres ICC Player Rankings for Test Batsmen after hitting his third career century in the Lord’s Test, which ended in a draw on Monday.

Bairstow scored a Test best 167 not out in the first innings and then followed up with 32. These scores not only won him the player of the match award, but also earned him a rise of three places. He now sits in 18th position and is the third England batsman after Joe Root and captain Alastair Cook to feature inside the top 20 of the batting table.

Bairstow had entered the three-Test series in 36th position and has gained 18 places following his series aggregate of 387 runs that has also earned him the player of the series award.

Besides Bairstow, England’s duo of Cook and Alex Hales have also made upward movements, while Root’s double failure means he has slipped two places to fourth in the latest rankings.

Cook has moved up three places to 13th following scores of 85 and 49 not out, while Hales has vaulted eight places to 62nd after scores of 18 and 94. 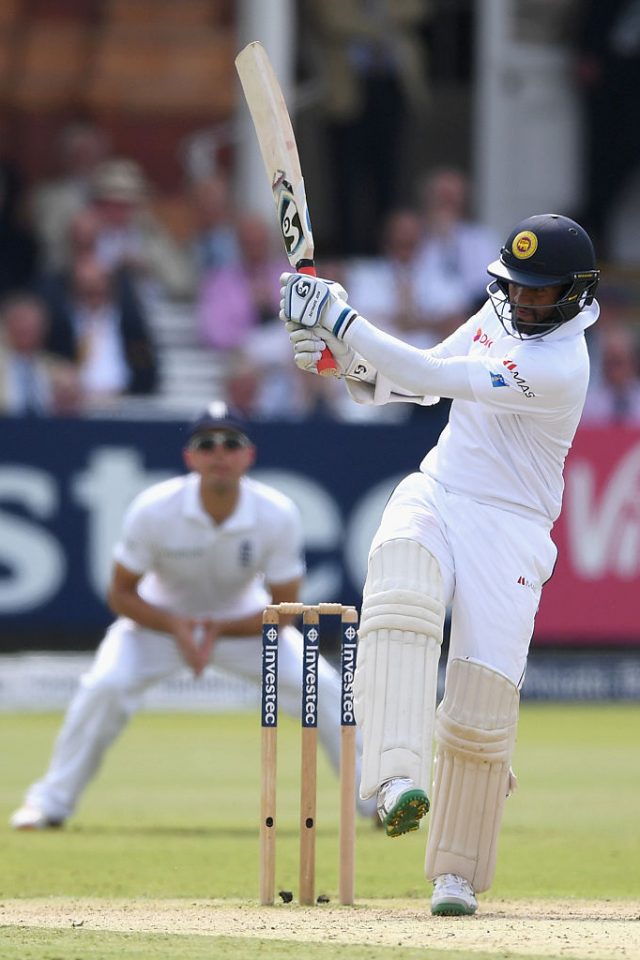 Karunaratne, who scored 50 and 37 not out, has jumped four places to 33rd position, while Silva has climbed eight places to 36th following scores of 79 and 16.

Sri Lanka captain Angelo Mathews has retained his ninth position, just one point ahead of Pakistan captain Misbah-ul-Haq, while Dinesh Chandimal has dropped out of the top 20 after slipping two places to 21st.

Australia captain Steve Smith leads the batting table, while New Zealand captain Kane Williamson and Hashim Amla of South Africa have moved up one position each to second and third respectively, following Root’s drop from second to fourth.

In the MRF Tyres ICC Player Rankings for Test Bowlers, England’s Steven Finn has returned to the top 20 while Sri Lanka’s Nuwan Pradeep and Suranga Lakmal have achieved career-high rankings.

Finn took three for 59 in the first innings, for which he has been rewarded with a rise of two places that has put him in 19th position. He is now the third England bowler after number-one ranked James Anderson and third-ranked Stuart Broad to feature inside the top 20.

Pradeep, who took two for 104 and three for 37, has rocketed 10 places to 33rd, while Lakmal’s three wickets in the first innings has given him a lift of five places that has put him alongside Bangladesh’s Taijul Islam in 42nd spot.

Meanwhile, a 2-0 series win means England has gained three points and has consequently reduced the six-point gap with third-ranked Pakistan to just three points. Pakistan will be England’s next opponent when the two sides will go head to head in a four-Test series from 14 July at Lord’s.

Seventh-ranked Sri Lanka, in contrast, has slipped from 88 points to 85. This means its gap with sixth-ranked South Africa has opened up from four points to seven.