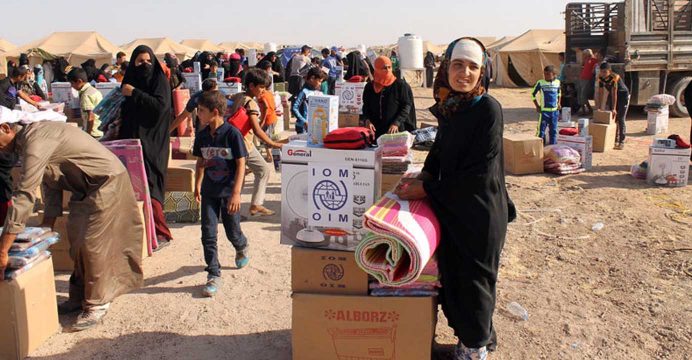 More then 43,000 people recently displaced from Fallujah in Iraq

IOM is closely monitoring displacement from Fallujah in response to ongoing military operations in and around the city, which intensified on 22 May 2016. IOM’s Displacement Tracking Matrix (DTM) Emergency Tracking identified a total of 43,470 internally displaced Iraqis (7,245 families) from Fallujah district between 22 May and 13 June, IOM said in there website.

This includes 10,548 individuals (1,758 families) who fled between 11 and 13 June; the displaced have arrived mainly to Amiriyat Al Fallujah, with a smaller number to Al-Habbaniya sub-district (both in Anbar governorate), as well as to Baghdad governorate.

A displaced widow from Fallujah, named Nagham, spoke with an IOM staff member about her displacement. “I have five children. When ISIL came to the area we couldn’t leave because three of my children are very ill. After the recent military operation many families escaped by foot, taking back roads. I fled with two of my children and had to leave my other three behind with their grandmother and relatives; they were planning to leave by car. I have not heard from them since then. We are in urgent need of supplies and assistance.” 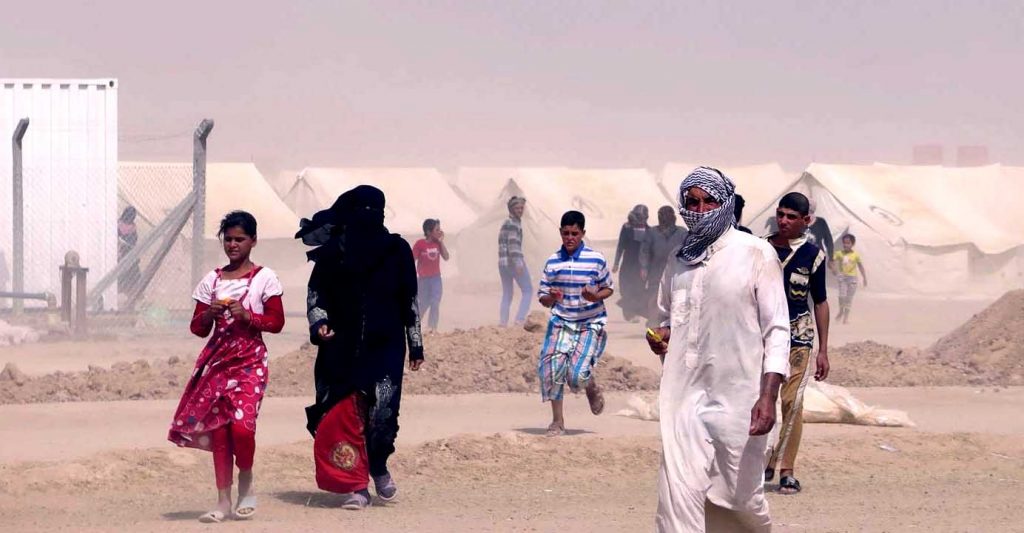 Since 29 May IOM has been assisting displaced persons from Fallujah, the majority in Al-Alamirya, through the distribution of more than 3,600 non-food items kits. These kits include lightweight summer blankets, towels, plastic mats, a cool box, rechargeable fan, rechargeable light, gas cooker and a hygiene kit, first aid kit, and sewing kit. Distributions were conducted in cooperation with local authorities, and funded by the USAID Office of Foreign Disaster Assistance, and the US State Department’s Bureau of Population, Refugees, and Migration (PRM) and the Government of Germany. Additional distributions are planned to respond to the most urgent needs.

The latest report from IOM Iraq’s DTM, published this past week, updated the figure of internally displaced persons (IDPs) throughout the country to 3,306,822 individuals (551,137 families) from 1 January 2014 through 26 May 2016.

Anbar governorate witnessed the highest increase in returns during the April 28 – May 26 period (33,000 individuals). This increase was especially high in the districts of Ramadi and Heet, where local authorities have facilitated return movements to areas declared safe.

IOM Iraq Chief of Mission Thomas Lothar Weiss said: “Ongoing and recent displacement, especially from Fallujah, requires immediate attention. IOM is responding but funds and supplies are insufficient to provide adequate assistance to the huge numbers of displaced Iraqis. IOM will continue to cooperate with the UN Humanitarian Country Team, humanitarian partners, government authorities and donors, to assist as many displaced Iraqis as possible to the full extent of our resources.”