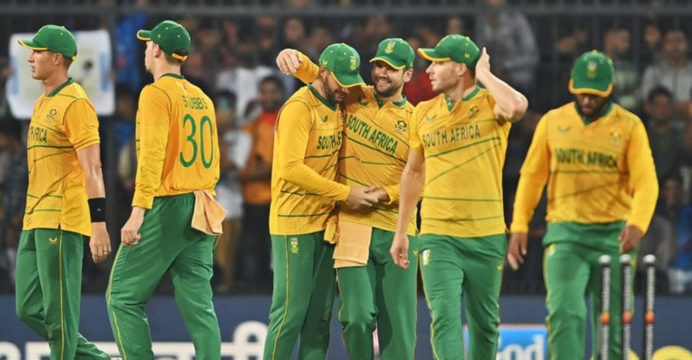 To guarantee automatic qualification for the Cricket World Cup later this year, South Africa must perform well against England in a one-day international series on Friday in Bloemfontein.

The International Cricket Council’s World Cup Super League, from which the top eight teams will advance to the World Cup in India in October and November, includes the three-match series.

In order to surpass West Indies, who are presently in seventh place after finishing their schedule, South Africa must win at least three of their remaining five games and face the Netherlands twice.

But if Sri Lanka wins at least two games in their last series in New Zealand in March, they too might overtake the West Indies. If South Africa wins all five of their remaining games, they will automatically qualify.

Teams who do not automatically qualify for the World Cup must compete in a qualification event in Zimbabwe in June and July.

Following Mark Boucher’s resignation as head coach, South Africa is in a transitional period as they prepare for the England ODI series.

Shukri Conrad, who was chosen as Test coach, will fill in for the matches against England while Rob Walter, the new white ball coach, finishes off his obligations with Central Districts in New Zealand.

Conrad claimed to be in constant communication with Walter. “We have similar viewpoints. We talk to one another practically every day.”

The South African selectors did not add new talent to their squad for the England series despite requests for change in a struggling 50-over team.