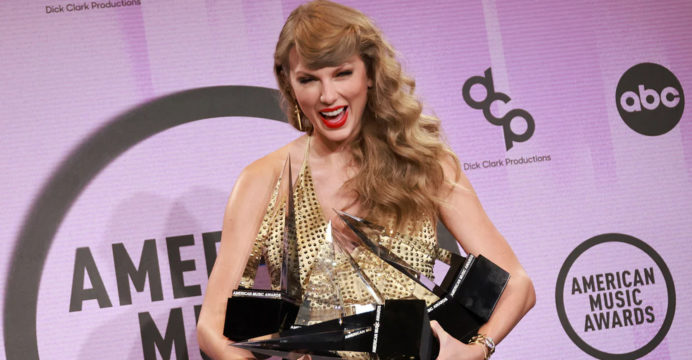 The world’s biggest fan-voted ceremony’s most coveted award went to pop singer Taylor Swift on Sunday when she was crowned artist of the year.

Following the release of four original albums and two re-recordings in the previous three years, the “Anti-Hero” singer thanked the public for their support.

She said on stage at the awards ceremony in Los Angeles, “I cannot express how unbelievable it is to me that I still do this and that you still care.”

Swift’s re-release of her 2012 album “Red” earlier won the award for best pop album. Following a disagreement with her former record label, the 32-year-old singer has been reissuing older records.

I can’t even begin to express to you how much my re-recorded records mean to me, but I never thought they would have any significance for you, she added.

Swift made no mention of the last week’s controversy surrounding Ticketmaster’s tour ticket sales, which were plagued by errors and led the company to issue an apology to her.

In the artist of the year category, Swift triumphed over formidable names including Beyonce, Harry Styles, The Weeknd, Drake, Adele and Bad Bunny.