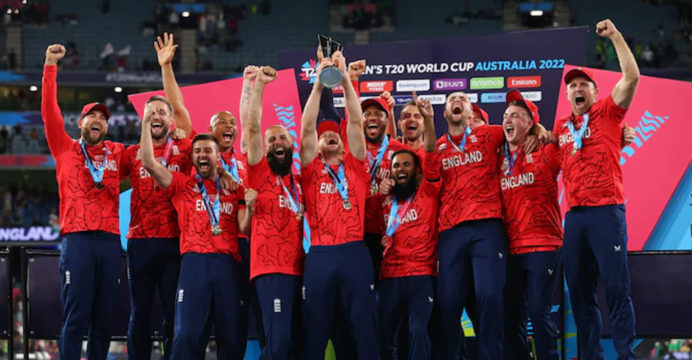 There was much discussion when Pakistan emerged from the ashes to win the tournament in a nod to the 1992 World Cup, but England produced yet another masterful game of cricket to dash the hopes of the Pakistani supporters who packed the famous MCG to witness their team’s triumph.

After restricting Pakistan to 137-8, England cantered to victory with a full one-over to spare.

When they reduced Jos Buttler’s team to 45-3, Pakistan raised the possibility of the impossible due to their limited resources, but Ben Stokes, the star of England’s 2019 ODI World Cup team, maintained his composure and led the team to victory with a calm demeanor.

The winning single was taken by Stokes, who had an unbroken score of 52 off of 49, including five fours and one six.

Before Alex Hales was defeated by Shaheen Shah Afridi in the first over, Buttler started the innings in his customary aggressive manner.

Haris Rauf also produced a fiery first spell that accounted two wickets for him-he firstly removed Phil Salt for 10 after he played it straight to mid-wicket and then Buttler edged an express delivery to the wicket-keeper after playing 16 ball-26.

Stokes then took the onus and aided by Harry Brooks, he put on a small but significant 39-run partnership for the fourth wicket stand that brought the chase back on track. 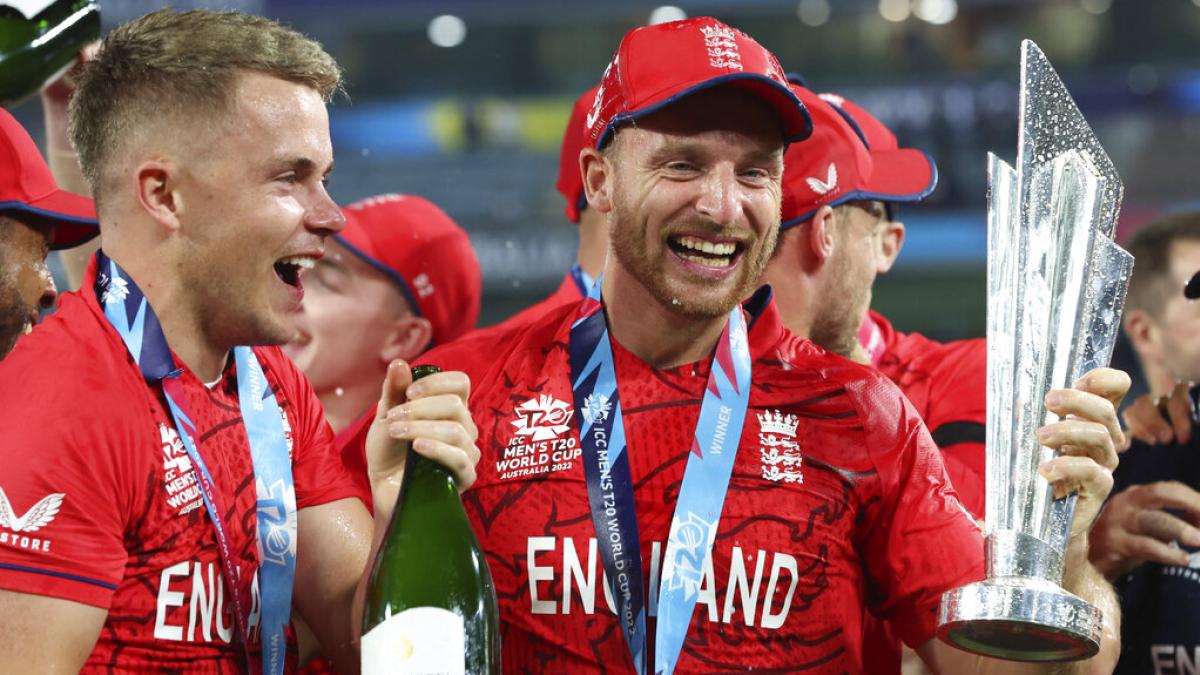 Shadab Khan broke the partnership, dismissing Brooks for 20 while Mohammad Wasim removed Moeen Khan for 19 only to reduce the margin.

In the meantime, Stokes maintained his composure as wickets fell all around him, and in the penultimate over, he guided one through midwicket for a single to successfully end the chase.

The most effective bowler for Pakistan was Haris, who finished with a 2-23 total. Afridi, Wasim, and Shadan each grabbed one wicket.

Sam Curran’s disciplined fast bowling performance and Adil Rashid’s masterful spin bowling helped England limit Pakistan to a manageable total, giving them an early advantage in their quest to win the trophy for the first time since 2010.

England now became the second team after West Indies to win the T20 World Cup twice. It also completed its double after winning an ODI World Cup back in 2019.

Rashid who stifled Pakistan in the middle overs with an intriguing show of googly, finished with 2-22. Curran gave the finishing touch, refusing Pakistan batters to go on berserk in the death overs as he claimed 3-12. Chris Jordan played a perfect foil to the duo with 2-27.

For Pakistan, Shan Masood was the highest scorer with 28 ball-38, that studded with two fours and one six. Captain Babar Azam made 32 off 28 while Shadab Khan added 20. 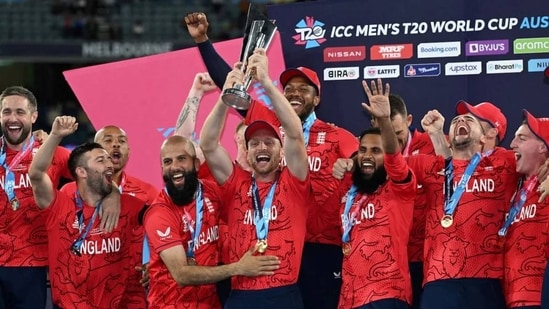 After being asked to bat first, Pakistan looked to head towards a good start even though opener Mohammad Rizwan survived a run out when on 2. He then swept fast bowler Chris Woakes’s six over backward square leg to kick-start Pakistan’s innings.

But things looked ominous as Curran rattled the stump, dismissing Rizwan for 15.

Pakistan wanted to gain momentum through Mohammad Haris who just earned a reputation of big hitter. He began with a boundary but Adil Rashid removed him for 8, to further strangle Pakistan.

But the defining moment for England came when Rashid undid Babar with googly to leave Pakistan at 84-3 at the 12th over. From that point, Pakistan seemed to lose the plot. England turned the tide and never let it go.

The situation further worsened when Ben Stokes got rid of Iftikhar Ahmed for duck with a delivery that carried extra bounce.