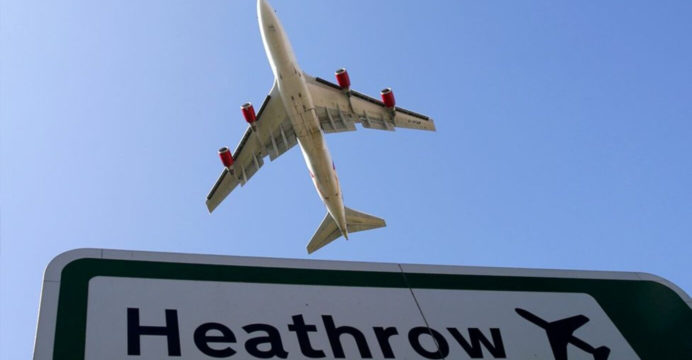 Heathrow Airport has stated it will not re-introduce a cap on passenger numbers around Christmas. The UK’s biggest airport said it was preparing for the biggest festive travel season in three years.

Heathrow also predicted staffing would be back to pre-pandemic levels before the summer holidays. It added that it was supporting Border Force and other organisations with contingency plans for any potential strike action.

Following the lifting of Covid travel restrictions earlier this year, some aviation businesses struggled with staff shortages as demand for travel bounced back strongly. In July, Heathrow introduced a daily limit of 100,000 passengers to try to tackle the disruption customers were facing, reports BBC.

Some airlines had to cancel flights to ensure they complied. The cap was extended until 29 October, but has now ended.

However, the airport previously said it was working with airlines to agree a targeted way of “aligning supply and demand” on some peak days before Christmas.

Airlines UK said any mechanism must be justified, while Virgin Atlantic said it was ready to deliver a full winter schedule and urged the airport to avoid passenger limits during Christmas “that would ruin customer plans”.

Heathrow now says it has a “good plan” developed, which would not require a cap on capacity.

It is still in discussions with individual airlines about the details, but it is understood that some flights might be moved to quieter times, or others consolidated – putting the same number of passengers on fewer flights.

British Airways, the carrier with the largest operation at Heathrow, has already reduced its winter schedule to a level it believes it can run.

John Holland-Kaye, Heathrow’s CEO, said: “We have come so far since Omicron grounded Christmas travel plans last year. Heathrow, our airline partners and their handlers are all working together to make sure everyone can be reunited with their loved ones this Christmas.”

Heathrow said it had seen a bigger increase in passenger numbers this year than any other airport in Europe. Nearly six million passengers used the airport in October – 84% of 2019 levels.

Last month it said businesses across the airport needed to recruit and train up to 25,000 people.

In its latest update, it said firms had recruited around 16,000 workers over the last 12 months, and pre-pandemic levels of employment would be reached before next year’s summer peak if the trend continued.

The UK’s aviation regulator is soon expected to make its final decision on how much Heathrow can charge airlines per passenger from January, for the cost of operating terminals, runways, baggage systems and security – something which has become a bone of contention with airlines.