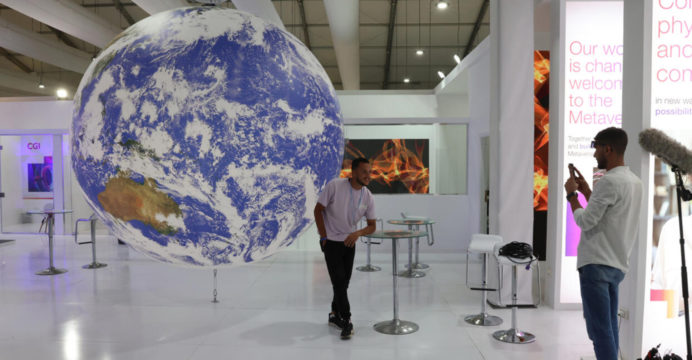 In a globe torn apart by war and economic unrest, over 200 nations are attempting to outpace the increasingly devastating effects of climate change as the COP27 meeting gets underway in Egypt on Sunday.

Thousands of people have been killed, millions have been forced to flee their homes, and billions of dollars have been lost just in the last few months due to a cascade of climate-related weather disasters: unprecedented heat waves across three continents, massive flooding in Pakistan and Nigeria, and deepening droughts in Africa and the western US.

“Report after report has painted a clear and bleak picture,” said UN chief Antonio Guterres in the run-up to the 13-day conference in the Red Sea resort of Sharm el-Sheik.

“COP27 must lay the foundations for much faster, bolder climate action now and in this crucial decade, when the global climate fight will be won or lost.”

To put that into practice, we must reduce greenhouse gas emissions by 45 percent by 2030 in order to keep global warming to 1.5 degrees Celsius over late-19th-century levels.

Scientists warn that warming above that point could lead to an uninhabitable hothouse state on Earth.

According to research released last week, however, current patterns would result in a 10% increase in carbon pollution by the end of the decade and a 2.8C increase in surface temperature.

If maintained, the Paris Agreement’s promises would only reduce global warming by a few tenths of a degree.

“Our planet is on course for reaching tipping points that will make climate chaos irreversible and forever bake in catastrophic temperature rise,” Guterres said recently.

“We need to move from tipping points to turning points for hope.”