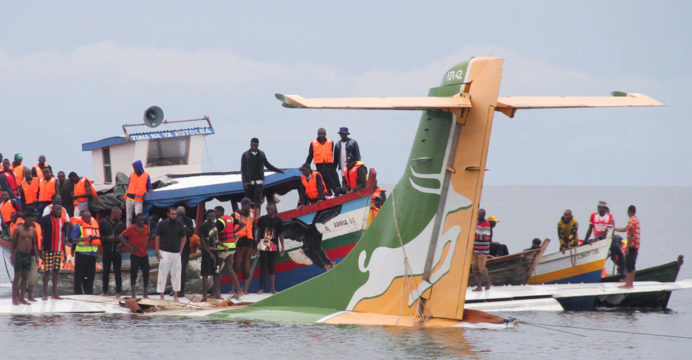 19 people have now died as a result of Sunday’s plane disaster in Lake Victoria in Tanzania, according to Prime Minister Kassim Majaliwa. The Precision Air flight crashed into the water as it approached the city of Bukoba in the region’s northwest.

“All Tanzanians are with you in mourning the 19 people who lost lives during this accident,” Majaliwa told a crowd after arriving at Bukoba airport, where the flight had been scheduled to land from financial capital Dar es Salaam.