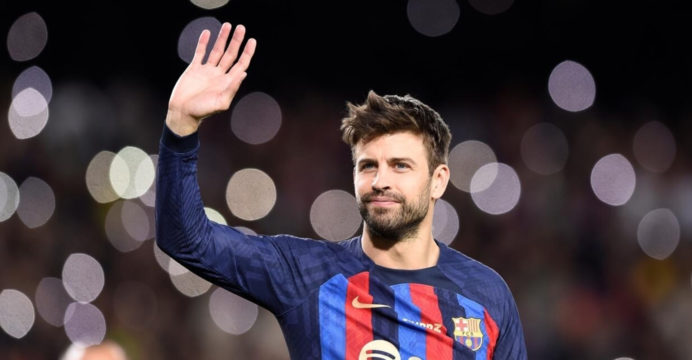 Pique insists he’ll be back at Barca in tearful speech

In Barcelona’s 2-0 victory over Almeria on Saturday, Gerard Pique played his final match at Camp Nou and promised the crowd he would return.

After Tuesday’s game against Osasuna, the 35-year-old center-back, who has 30 medals to his name with the club, including three Champions League championships and eight La Ligas, will hang up his boots.

After more than 14 years in the Barcelona’s first team, Pique was applauded by the crowd the entire game. At the conclusion of the match, his teammates gave him a lap of honor and threw him into the air as over 92,000 supporters lingered in Camp Nou to honor him.

Pique, who won the 2010 World Cup and the 2012 Euros with Spain, sobbed throughout his statement and later played catch with his kids on the field as the crowd left.

Before speaking on television once more, he received some personal congratulations from board members and president Joan Laporta at a private ceremony in Camp Nou.

The defender, who has previously stated his desire to serve as president of Barcelona, said he would take a break from the team but reiterated the fact that he would eventually return.