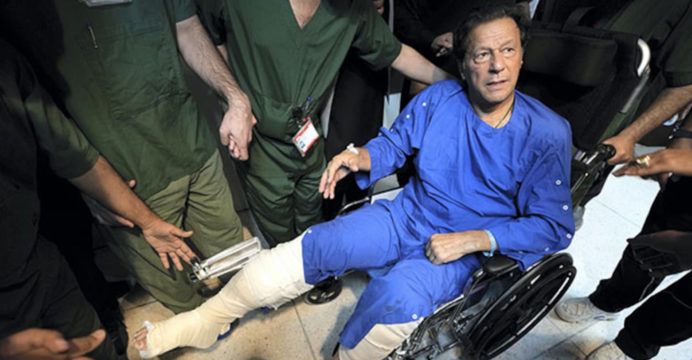 Three days after being shot in the legs in an attempted assassination, former Pakistani prime minister Imran Khan was discharged from the hospital on Sunday, according to a close aide.

The shooting has dramatically escalated the political fervor in a nation that has been on the boil since Khan was removed in April — and Khan’s assertion that his successor Shehbaz Sharif was involved.

A local TV station showed Khan leaving the Lahore clinic in a wheelchair while wearing a blue hospital gown, as reported by the former information minister Fawad Chaudhry to AFP.

On Thursday in the eastern city of Wazirabad, Khan, 70, was shot while driving an open-top container truck for a political party amid dense crowds.

Following the attack, which authorities have described as the work of a lone gunman and “a very apparent case of religious extremism,” one individual is in prison.

The lone suspect said in an ostensible confession video that was provided by authorities to the media that he attempted to kill Khan because his convoy was interfering with the call to prayer, which calls Muslims to mosques.

Khan, however, maintains that there were two shooters there. Speaking to reporters on Friday from the hospital, Khan asserted that the plot’s organizers included Sharif, Interior Minister Rana Sanaullah, and a top intelligence officer. 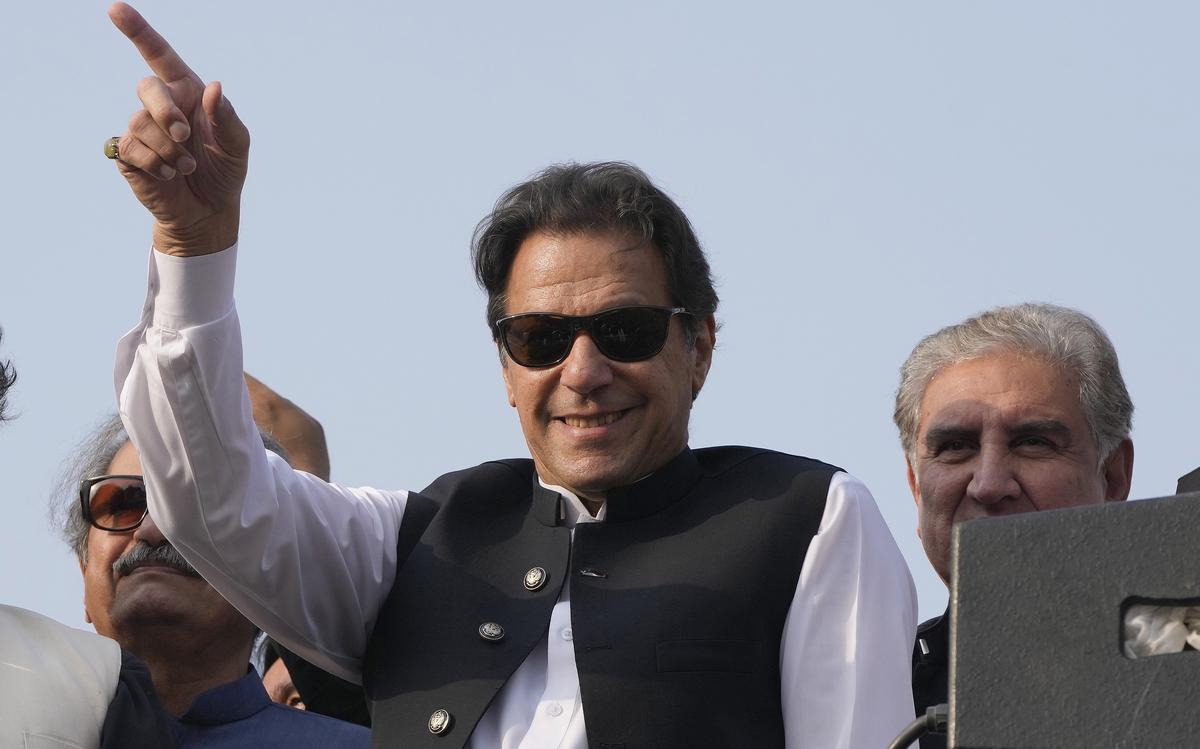 These allegations have been rejected by the government and military as fabrications and lies, and they have threatened to sue Khan for defamation.

Khan, a former cricketing icon, was elected prime minister in 2018 on a platform that included promises to oust Pakistan’s ruling dynasties and eradicate poisonous corruption.

As the economy sputtered and he lost the support of the all-powerful military, which is regarded as the country’s kingmakers in south Asia, he was overthrown by a vote of no confidence in April.

Since then Khan has campaigned for a snap election, with a series of raucous marches and rallies, while claiming he was pushed out of power in a conspiracy orchestrated by the United States.

Analysts say the assassination attempt and Khan’s accusations have pushed Pakistan into a “dangerous phase”.

“It is a perilous situation,” said academic and political analyst Tauseef Ahmed Khan, who is also a board member of the Human Rights Commission of Pakistan.

“Not only for the democratic process but also for the country.”