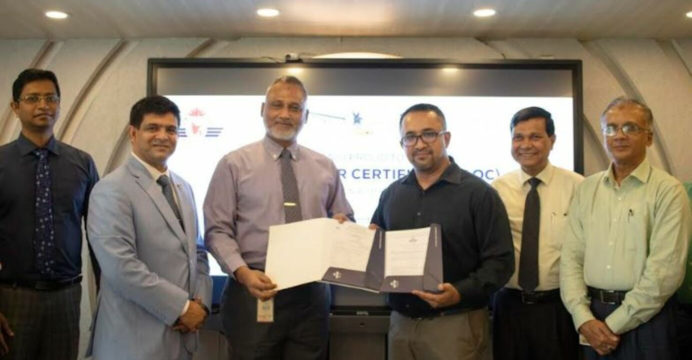 Air Astra, which is going to enter the country’s aviation industry as the third private operational airlines, got nod to operate commercial domestic flights from the regulatory body Civil Aviation Authority of Bangladesh(CAAB).

The CAAB formally issued the Air Operator Certificate (AOC) No 27 to Air Astra that will allow the new airlines to start its commercial flight operations., reports BSS

Kawsar welcomed Air Astra to the industry to contribute to the GDP of the country through safe and efficient flight operations across the country.

Asif reassured the authority that the airline would always endeavor to act absolutely professionally through its highly professional team and it always adheres to all regulations especially flight safety.

The airliner has already procured two 70-seat turboprop ATR 72-600 aircraft while two more same modeled narrow body planes are scheduled to be added to its fleet by this year.

The airlines have the plan to start its first operations on Dhaka-Cox’s Bazar-Dhaka and Dhaka-Syedpur-Dhaka routes by this month, Air Astra CEO told BSS.