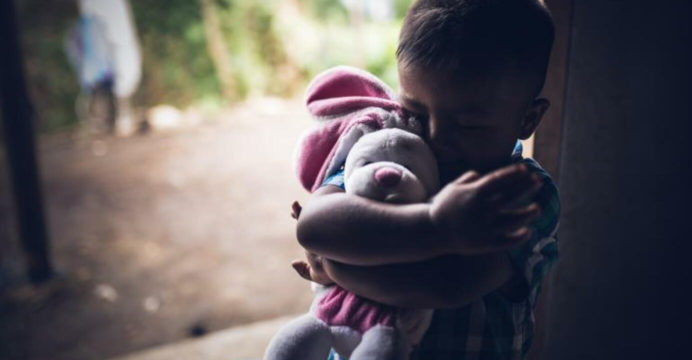 Along with physical punishment and psychological aggression in early childhood, sexual abuse and homicide stalk millions of children and adolescents in Latin America and the Caribbean. The regional child and adolescent homicide rate (12.6 per 100,000) is four times higher than the global average (3 per 100,000). And homicide is the leading cause of death among adolescent boys aged 10 to 19.

“It is appalling that most children in Latin America and the Caribbean are exposed to violence almost from birth and, often, by the people they most trust: their parents, caregivers, peers, and neighbors,” said Youssouf Abdel-Jelil, UNICEF Regional Director a.i. for Latin America and the Caribbean. “Unfortunately, in many communities across the region, violent discipline is socially accepted. Children replicate this pattern with their own children as adults, perpetuating the cycle of violence.”

Violence affects boys and girls in the region differently. The report found that boys are seven times more likely to die by homicide than girls. Meanwhile, girls are particularly vulnerable to sexual violence after age 10.

In Latin America and the Caribbean, violence against children is driven not only by negative social and gender-based norms but also by other factors such as inequalities, insecurity, migration, and humanitarian crises. In the region, 2 in 5 children also live in countries without legal protection from corporal punishment at home, in school, and in places of State care.

“Adults often resort to violence against children because it is what they know and have experienced. To break this cycle early, we have to act early by promoting alternatives. With the commitment of parents, caregivers, teachers, communities, and governments, it is possible to raise children without violence and build safer, more prosperous societies for the benefit of all,” Abdel-Jelil added.