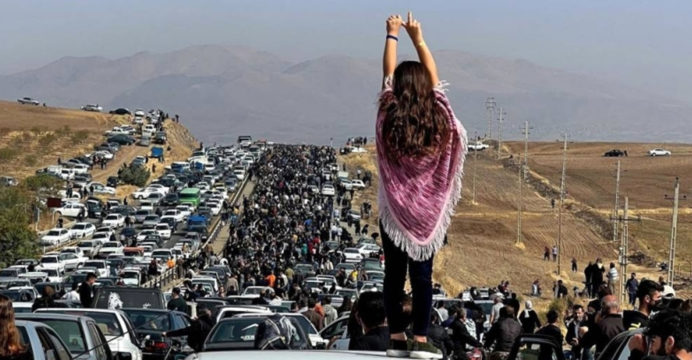 On Wednesday, Iranian security forces opened fire on protesters who had gathered in large numbers in Mahsa Amini’s hometown to commemorate her 40th day since passing away, according to a verified rights group and videos.

A 22-year-old Iranian woman of Kurdish origin named Amini died on September 16, just three days after she was arrested in Tehran by the country’s notorious morality police

As she was being buried, anger turned into protests that were led by young women. They took off their headscarves and confronted security forces. This is the biggest wave of unrest that has happened in the Islamic republic in years.

Despite heightened security measures, columns of mourners had poured into Saqez in the western Kurdistan province to pay tribute to Amini at her grave at the end of the traditional mourning period.

A young woman was photographed on the roof of a car without a hijab head covering, looking into the distance at the highway packed with scores of vehicles and mourners. The picture went viral and was verified by AFP. 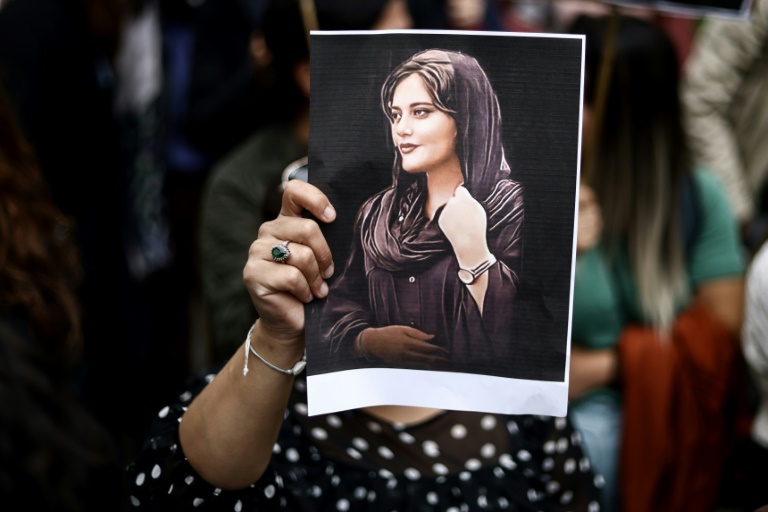 “Death to the dictator,” mourners chanted at the Aichi cemetery outside Saqez, before many were seen heading to the governor’s office in the city centre, where Iranian media outlets said some were poised to attack an army base.

“Security forces have shot tear gas and opened fire on people in Zindan square, Saqez city,” Hengaw, a Norway-based group that monitors rights violations in Iran’s Kurdish regions, said without specifying whether there were any dead or wounded.