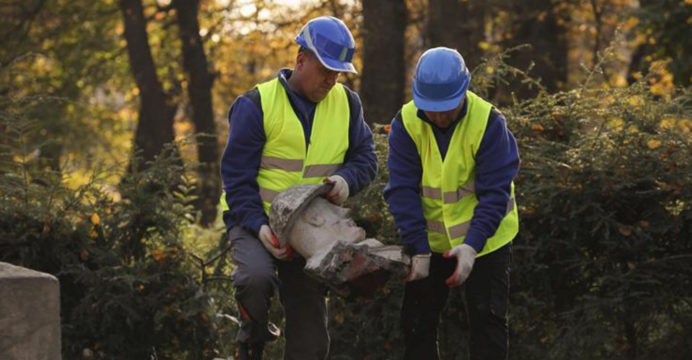 In Poland, four monuments commemorating the Red Army were destroyed

On Thursday, Poland took down four monuments to Red Army soldiers who died during World War II. This action comes at a time when relations between Warsaw and Moscow are very poor, and have gotten worse since Russia invaded Ukraine.

As Poland tries to remove symbols of Moscow’s past domination from the public spaces, Red Army monuments were dismantled.

“This is a monument to disgrace, a monument of contempt of the winners over the victims,” the head of the Institute of National Remembrance, Karol Nawrocki, said in Glubczyce, in the south of Poland, while workers were busy dismantling the obelisk.

“In 1945, the Soviets did not bring liberation, they brought another captivity. They were capturing Poland and treating it as booty,” Nawrocki said, adding that the spirit of that system is still present in the Russian Federation, which is killing civilians in Ukraine.

Nawrocki also said that anyone who removes a Soviet army monument, even in a foreign country, can be prosecuted and sentenced to up to three years in prison under Russian law. The Kremlin’s Dmitry Peskov condemned the demolition of monuments in Poland.