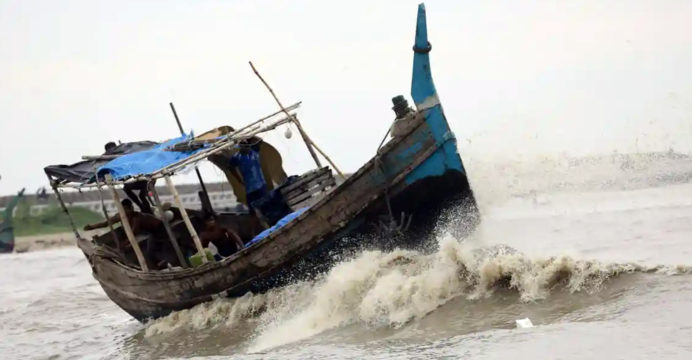 The cyclonic storm “Sitrang” crossed the Barishal-Chattogram coast near Bhola at midnight last night and weakened rapidly into a depression by giving precipitation. It now lies over Dhaka-Cumilla-Brahmanbaria and adjoining area as a land depression.

The Sitrang rapidly weakened into a depression and is now over Dhaka-Cumilla-Brahmanbaria and the adjoining area as a land depression. A steep pressure gradient persists over the north bay.

The bulletin said that the maritime ports of Mongla, Payra, and Chattogram have been advised to lower danger signal no. 07 (seven), but instead hoist local cautionary signal no. three (r) three. 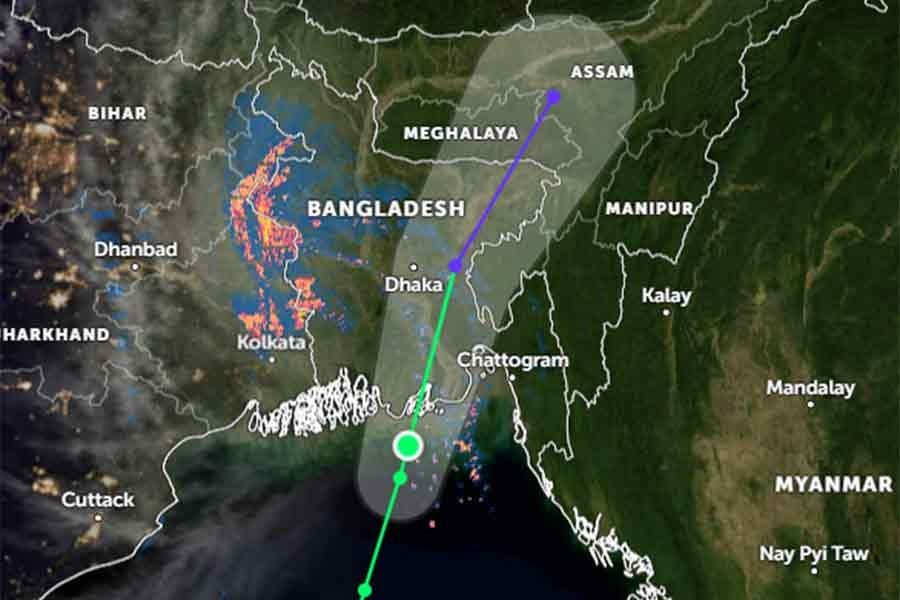 The maritime port of Cox’s Bazar has been advised to lower danger signal no. 06 (six), but instead hoist local cautionary signal no. three (r) three.

The low-lying areas of the coastal districts Satkhira, Khulna, Bagerhat, Jhalokathi, Pirojpur, Barguna, Patuakhali, Bhola, Baristial, Laxmipur, Chandpur, Noakhali, Feni, Chattogram, Cox’s bazar and their offshore islands and chars are likely to be inundated by the wind-driven surge height of 03-05 feet above normal astronomical tide, under the influence of new moon phase and steep pressure gradient.