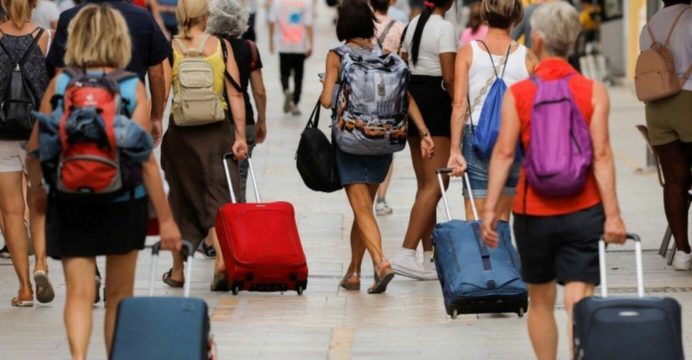 Brits travelling to Spain can enter the country without having to prove their Covid or vaccination status, after travel restrictions were dropped.

Before, people needed to show they were fully-vaccinated, provide a negative Covid test or prove they had recently recovered, reports BBC.

The drop in the remaining Covid restrictions comes as families prepare to head off on half-term holidays.

Travel agents said a “final hurdle” for holidays had been removed.

Other European destinations such as France, Italy and Greece lifted their rules prior to Spain, which is the most popular destination for UK overseas holidaymakers.

The Spanish Health Ministry announced on Thursday that people entering from outside the European Union would no longer be subject to the controls, effective from Friday.

Julia Lo Bue-Said, chief executive of the travel agent network Advantage Travel Partnership, said restrictions had been a barrier, particularly for people who were not vaccinated.

“We saw other destinations where restrictions were eased earlier in the year, such as Greece, benefit from an overall increase in demand over the summer”, she said.

It’s not the first time Spain has been relatively slow to ease its Covid rules.

The requirement for children over the age of 12 to be double vaccinated to enter the Spanish mainland was only scrapped just before the February half-term, after tourism businesses warned that it was driving families to book trips to other countries instead.

Many countries around the world including the US still have Covid entry rules in place.

Travel firms have continued to report strong demand for bookings, despite the cost of living pressures affecting households, with Heathrow Airport saying it expects Christmas to be busy.

However, it warned there was still uncertainty about the winter due to “growing economic headwinds, a new wave of Covid, and the escalating situation in Ukraine”.

The industry had a difficult summer as demand for international travel bounced back strongly, but businesses found themselves struggling to cope amid staffing shortages.

It still faces various challenges as it looks to recover, including in recruitment as the labour market remains tight.

Elsewhere, the Port of Dover and Eurostar are in discussions with the French and UK governments about how a new EU border control system will work.

The IT system due to come in next May, will require travellers to register their fingerprints and a photo when leaving the UK, but Dover is concerned that the registration process could cause queues.