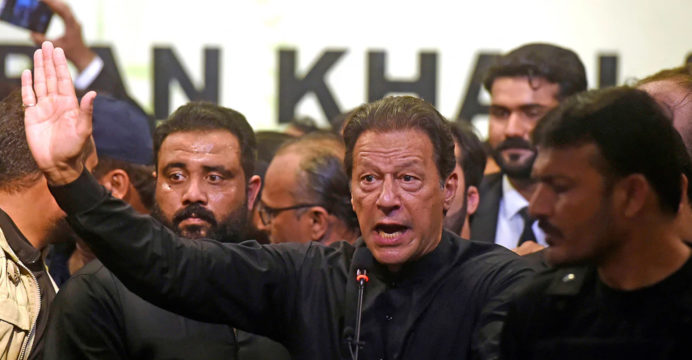 The election commission in Pakistan has ruled that former prime minister Imran Khan is not allowed to run for office for the next five years. This is because he misled officials about gifts he received from foreign leaders while he was in power.

This is the latest development in the political conflict that started before Khan was removed from office in April. It is one of many legal battles that Khan, a former international cricket star, and his Pakistan Tehreek-e-Insaf (PTI) party are fighting.

After the ruling, dozens of his supporters attacked vehicles as they left the Election Commission of Pakistan (ECP) headquarters, and a party security guard was detained after he fired a shot into the ground.

At least a dozen small protests erupted across the country, with PTI supporters trying to block traffic in the capital, Islamabad. Police responded by firing tear gas to disperse the crowd.

Khan called for calm in a video message released Friday evening, saying he would summon supporters for an organized “long march” on the capital before the end of the month.

“Now I ask you to end the protests because it’s creating difficulties for people and I do not want to put my nation in trouble,” he said. 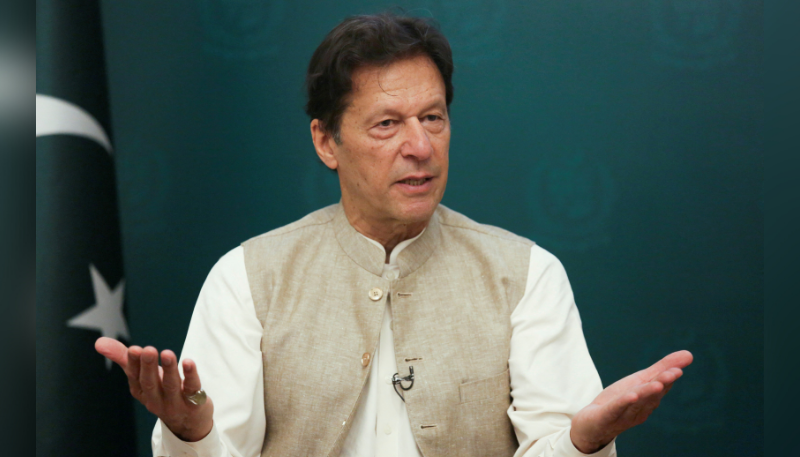 Khan said he would appeal the ruling in court and accused the election commission of being part of a corrupt establishment.

For months, Pakistani newspapers have been carrying stories alleging that Khan and his wife received lavish gifts during their trips abroad, including luxury watches, jewelry, designer handbags, and perfumes.

For months, Pakistani newspapers have been carrying stories alleging that Khan and his wife received lavish gifts during their trips abroad, including luxury watches, jewelry, designer handbags, and perfumes. These stories have caused many people to question Khan’s integrity.