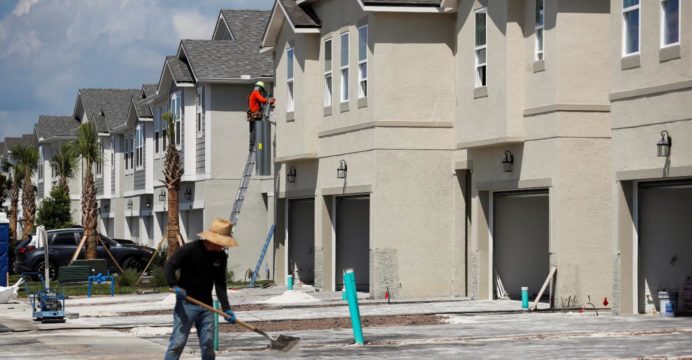 Existing home sales in the US fell for an eighth straight month in September, industry data showed Thursday, as rising mortgage rates weighed on demand while analysts caution another slump is on the horizon.

Sales of all types of homes and condos slid 1.5 percent from August, and fell in all regions compared with a year ago, said the National Association of Realtors (NAR) on Thursday.

The association added that the series of declines was the longest since 2007, when the housing market crashed.

“The housing sector continues to undergo an adjustment due to the continuous rise in interest rates,” said NAR chief economist Lawrence Yun.

The sales pace in September slowed to an annual rate of 4.71 million, seasonally adjusted, just above analyst expectations.

The median home price dipped to $384,800 as well, falling for a third straight month since a record high in June.

The US housing market took off during the pandemic as Americans flush with savings capitalized on bargain mortgage rates.

Sales have been hit, however, with the Fed raising interest rates to battle inflation.

But more than a quarter of homes are still selling above list price due to limited inventory, Yun noted.

The median price is 8.4 percent higher than a year ago, according to NAR data.

And the housing downturn is “far from over,” said Ian Shepherdson, chief economist at Pantheon Macroeconomics in a note. He expects a renewed slump in existing home sales from October.

“If mortgage rates remain around their current level, mortgage demand will drop sharply… That means existing home sales will keep falling in the first quarter of 2023, at least,” he said.

Home sales dropped in the Northeast, Midwest and South in September, with only the West holding steady, the NAR said.