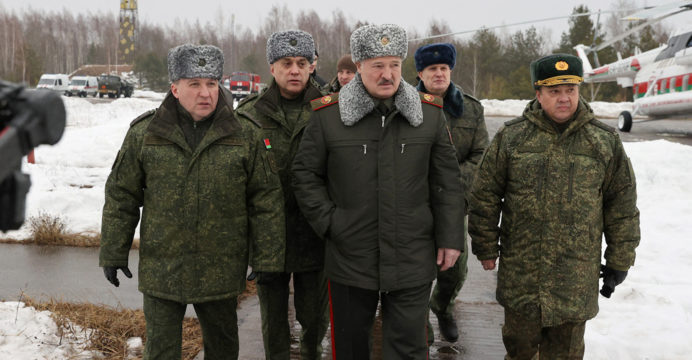 On Friday, Belarusian President Alexander Lukashenko insisted that Minsk was not preparing to enter the Ukraine conflict during a visit to inspect drones at a military center in the west of the country.

The leader, who is a close ally of Russia’s Vladimir Putin, was shown Belarus-made drones. He said that these drones have the potential to cover the border with Ukraine.

Lukashenko said he did not want to use the weapons against his country’s southern neighbour, which says it has been hit in recent weeks by swarms of Iranian-made suicide drones operated by Russian forces.

“It would not be desirable for these (drones) to be used in Ukraine,” the 68-year-old said.

“After all, (Ukrainians) are our people.”

He said Belarus would sell the drones to “anyone who buys them”. Belarus relies financially and politically on its key ally Russia.

Lukashenko allowed Russian troops to the station in Belarus and launch their invasion of Ukraine from Belarusian territory in February.

On Friday he insisted Minsk did not want to become involved in any war.

“We are not planning to go anywhere. There is no war as of today. We do not need it,” he said.

Kyiv has warned of the danger of a renewed attack from the north.

On Monday, Lukashenko said that Ukraine was planning to attack Belarus and announced that joint troops would be deployed with Russia.