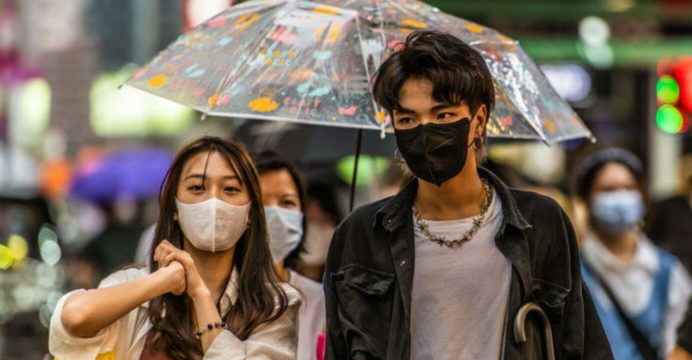 Shares in Hong Kong have slumped to the lowest level since the global financial crisis, after a major speech by the city’s leader on Wednesday. The benchmark Hang Seng index fell by more than 3% to its lowest level since May 2009, before regaining some ground.

Investors are also concerned about the threat of a global economic slowdown as central banks around the world raise interest rates to tackle rising prices, reports BBC.

One financial expert told the BBC that the “panic selling is ridiculous”.

However, he did not elaborate on economic targets for the city, which has lost ground to rival Asian financial centres like Singapore. Hong Kong’s economy is currently in a technical recession, after seeing two three-month periods in a row of contraction this year.

Until recently the city had some of the world’s toughest coronavirus rules as it followed China’s zero Covid policies.

“The Hang Seng has hit a 13-year low and nothing is really helping the fragile sentiment,” Dickie Wong, executive director of Kingston Securities said.

However, Mr Tay added that investors were mostly concerned about “the economic outlook [of China] and a rise of Covid cases in the middle of the party congress in Beijing”.

More than 2,000 delegates have gathered this week in Beijing to elect leaders and debate key policies at the Communist Party congress.

On Sunday, President Xi Jinping is expected to be confirmed for a historic third term as party chief. Other stock markets in the Asia-Pacific region were also lower on Thursday, with benchmark share indexes in Japan, South Korea and Australia losing ground.

Meanwhile, the Japanese yen weakened to a fresh 32-year low of more than 150 to the US dollar. That triggered further speculation that Japanese authorities will attempt to prop up the currency for the second time in the space of just a few weeks.