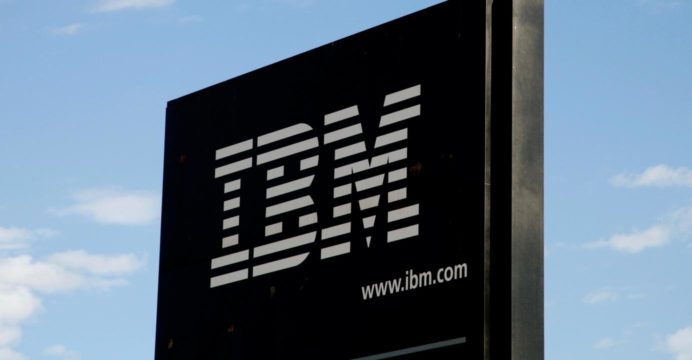 The IT software and services provider has been focusing on the so-called “hybrid cloud” after spinning off its legacy IT-managed infrastructure business, and posted double-digit growth across all its segments and geographies on a constant-currency basis in the third quarter, reports Reuters.

The company’s stock is proving to be a good place to hide in the current market turmoil, mainly due to IBM’s revenue diversification, Haris Anwar, senior analyst at Investing.com, said.

IBM, whose cloud revenue rose 11% to $5.2 billion in the quarter, now expects the company’s annual sales to increase more than its previous estimate of mid-single-digit growth at constant currency.

Enterprise spending is robust in the Americas, but IBM is seeing some softness in key areas such as new bookings and backlog churn in Western Europe due to the macroeconomic environment there, Finance Chief James Kavanaugh told Reuters.

This year’s more than 17% surge in the dollar that also have large international operations. IBM, which gets more than half its revenue from outside the United States, increased its full-year estimate for foreign exchange impact to 7% from 6%.

The company booked a forex hit of $1.1 billion in the third quarter. Revenue came in at $14.12 billion, compared with $13.51 billion expected by analysts, according to Refinitiv data.

On an adjusted basis, IBM earned $1.81 per share, beating estimates of $1.77. IBM’s earnings are a sign that for enterprise-focused tech companies recessionary impacts will potentially be more of a lagging indicator, Futurum Research analyst Daniel Newman said.