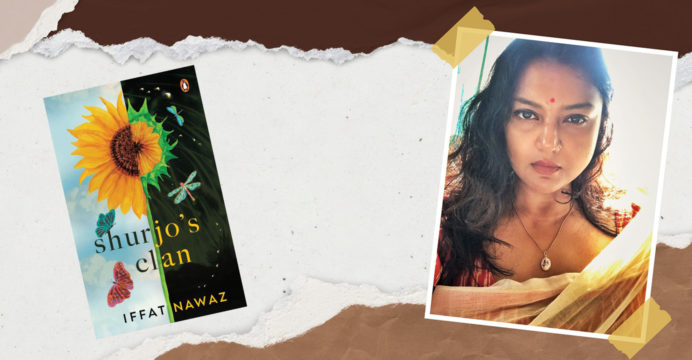 Shurjo’s Clan, the first book by Bangladeshi-American author Iffat Nawaz, has been published by Penguin Random House India. This literary fiction blends magic realism with historical accuracy and tells the coming-of-age tale of a girl growing up in Bangladesh, a newly founded nation. The book is expected to be published later this year.

Riddled with the traumas of their past—death, war, migration, separation, the inability to belong to a land, dwelling in an in-between space, and an eternal limbo—Shurjo’s Clan, told through the eyes of a young protagonist, is a book that follows the journey of one family as they face several challenges and obstacles. Spanning decades, from the forced migration of Bengalis to East Pakistan in 1947, through the 1971 liberation war, the wave of immigrants to the West in the 1980s, and a final return, Iffat Nawaz’s novel is both a story of personal transitions and transformation as well as a chronicle of a country born into sorrow.

An inspiring fresh voice. An incredibly captivating story. According to acclaimed novelist Anees Salim, Shurjo’s Clan “announces the coming of an enormously creative and vivid writer.”

Expressing her thoughts, Nawaz says, ‘The stories of Shurjo’s Clan were passed down to me as inheritance, from both my family and motherland. I carried them for decades before I could see the clearer and bigger picture. At first, I was a very attached inheritor of these second-hand experiences. Still, after approaching the novel from several different directions, I was able to detach slightly and tell the otherwise heavy story of war and migration while aspiring to turn it towards light. I believe certain tales of our broken pasts, of severed old nations and joyful yet grieving new ones, are ready to be rewritten for the present context so that we can shed certain limiting conditioning. I hope this new direction will be felt by the readers of my debut novel, and I have full trust in Penguin Random House to carry Shurjo’s Clan forward.’ 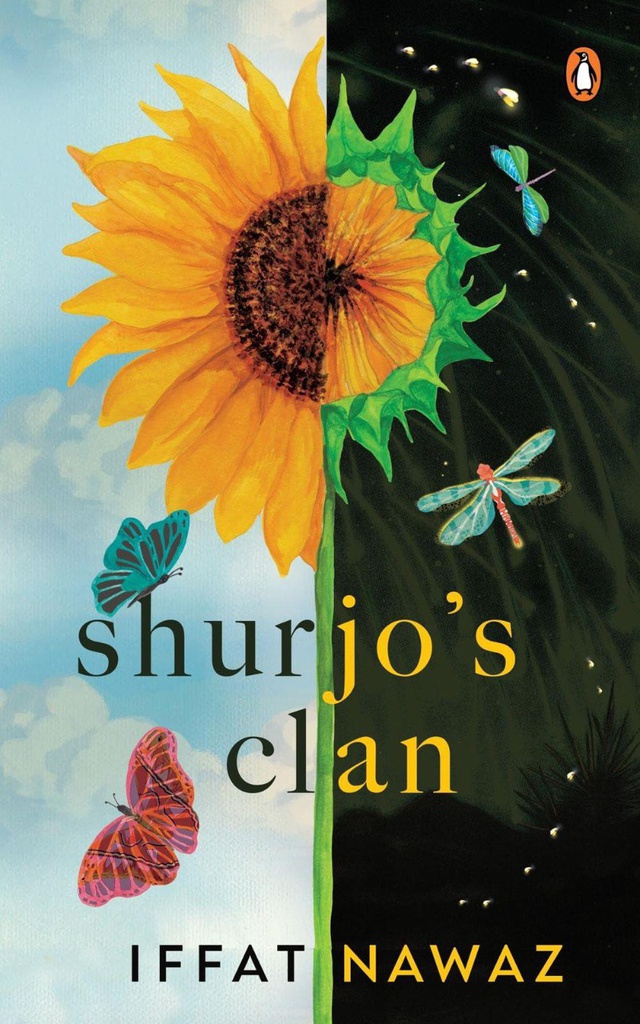 Imaginative and compelling, Shurjo’s Clan merges magical realism with vivid historicity to paint an entirely contemporary portrait of how grief is inherited, and how the traumas and memories of our ancestors continue to shape those who come long after. Nawaz’s lyrical and evocative prose marks the arrival of a distinctive voice that unravels questions of mourning, belonging, identity, and family with delightful imaginativeness and devastating insight. With its mesmerizing balance between inexplicable otherworldliness and undeniable reality, this debut novel asks, above all, how the past can be honoured without letting its wounds destroy the present.

The book is perfect not only for those who enjoy reading historical fiction but would also appeal to readers of the literary genre who have a taste for stories dealing with magical realism.