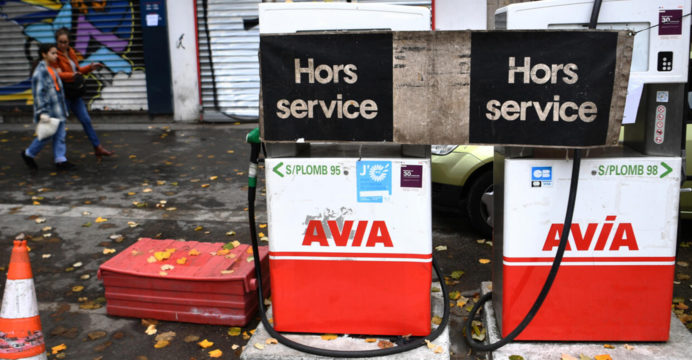 Nearly three weeks into a strike that has forced filling stations across France to close, police in Paris were preparing for protests Sunday against soaring living costs.

Left-wing opponents of President Emmanuel Macron’s administration have organised the demonstration, which they say is also in protest against government inaction over climate change.

Jean-Luc Melenchon, leader of the left-wing France Unbowed (LFI) party, had planned the march well before the current strike, but organisers are hoping to pick up some of the momenta from the current industrial unrest.

“The rise in prices is unbearable,” LFI deputy Manon Aubry said. “It is the greatest loss of purchasing power in 40 years.”

It is time the billions that the big companies were reaping in profits were passed down to those struggling to make ends meet, she added.

Police are expecting around 30,000 people to attend, with one source saying they feared problems from hard-left troublemakers. “The organiser has been warned of these fears,” said the official.