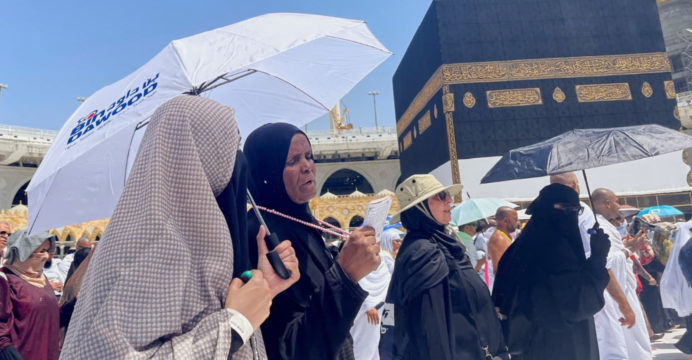 Saudi Minister of Hajj and Umrah, Tawfiq Al-Rabiah announced this at a press conference at the Saudi Embassy in the capital of Egypt on Monday.

Tawfiq Al-Rabiah brought to an end the lingering controversy about if a blood relative is required to accompany a woman pilgrim or not, Saudi Gazette said in a report.

Talking to this correspondent, M Shahadat Hossain Taslaim, president, Hajj Agencies Association of Bangladesh, said the new announcement of the Saudi authority will play a positive role for women wishing to perform hajj.

The Saudi Hajj and Umrah minister said that the costs for the expansion of the Grand Mosque in Makkah have crossed 200 billion Saudi Riyals and that the biggest expansion so fat in the history of the holy mosque is continuing.

Al-Rabiah said that there is no quota or ceiling for the number of Umrah visas to be issued for Muslims from all over the world, reports The Daily Star.

“Any Muslim coming to the Kingdom with any type of visa can perform Umrah,” he said.