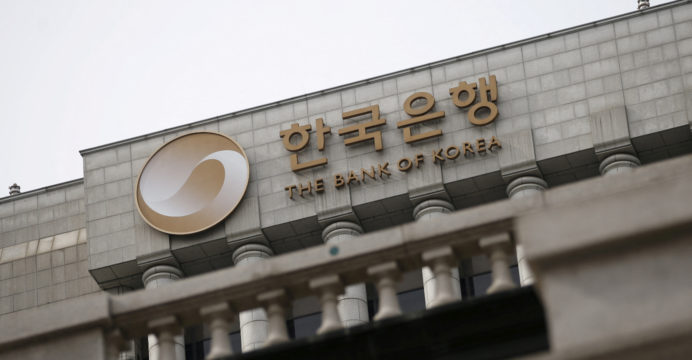 South Korea’s central bank on Wednesday hikes its key interest rate by half a percentage point to a decade high as it tries to tackle surging inflation and support the plunging won.

The Bank of Korea (BOK) lifted borrowing costs to three percent — the highest since 2012 — marking the latest in a series of increases since last year, when they were at rock bottom to fight the impact of the pandemic, reports BSS.

“Additional inflationary pressures and the risks to the foreign exchange sector have increased, affected by the rising Korean won to US dollar exchange rate, while inflation has remained high,” the central bank said in a press release.

The latest decision comes as Asia’s fourth-largest economy recovers from a Covid-induced slowdown with a rebound in demand — although it is now struggling with rising fuel and raw material prices.

It is the bank’s fifth consecutive hike, and a return to a faster pace of tightening, after a quarter point raise in August, highlighting efforts to support the won, which is at a 13-year low. The won depreciation is making inflation worse in Korea, which is heavily reliant on energy imports.

“The Board sees continued rate hikes as warranted, as inflation is expected to remain high,” it added.

Led by the US Federal Reserve, central banks around the world have launched a series of rate increases as Russia’s war in Ukraine has led to a surge in energy and food prices that has driven up inflation.

The International Monetary Fund cut its 2023 global growth forecast to 2.7 percent and trimmed its outlook for South Korea next year to two percent from 2.1 percent.