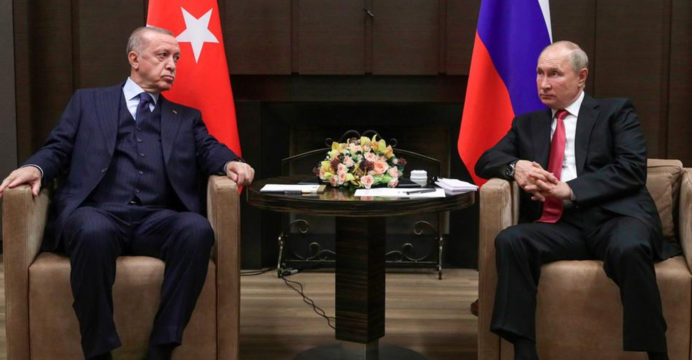 A Kremlin aide said on Wednesday that Moscow hopes Turkish President Recep Tayyip Erdogan will “formally” offer to facilitate talks with Ukraine at an upcoming meeting with Russian President Vladimir Putin in Kazakhstan.

“The Turks are offering their mediation. If any talks take place, then most likely they will be on their territory: in Istanbul or Ankara,” Kremlin foreign policy advisor Yuri Ushakov told reporters in Moscow.

Erdogan “would probably suggest something publicly,” he continued, at their Thursday discussions in Astana, the capital of Kazakhstan.

Turkey, a NATO member that has maintained its neutral stance throughout the Ukrainian war, enjoys cordial ties with both of its Black Sea neighbors, Russia and Ukraine, and has abstained from supporting Western sanctions against Moscow.

“Turkey on principle does not join the illegal sanctions of the West. And this position of Turkey gives an additional impetus for the expansion of trade and economic cooperation,” Ushakov said.

Turkey has twice hosted talks between Moscow and Kyiv, including a March in-person meeting of Russia’s Foreign Minister Sergei Lavrov and his Ukrainian counterpart Dmytro Kuleba, the first high-level talks to take place after Moscow sent troops into Ukraine.

However, peace negotiations have since stalled and Ukraine’s President Volodymyr Zelensky said he will not hold any talks with Putin after the Kremlin claimed to have annexed four territories of Ukraine.

Asked about Zelensky’s pledge, Ushakov told reporters: “I would like to tell him: never say never”. 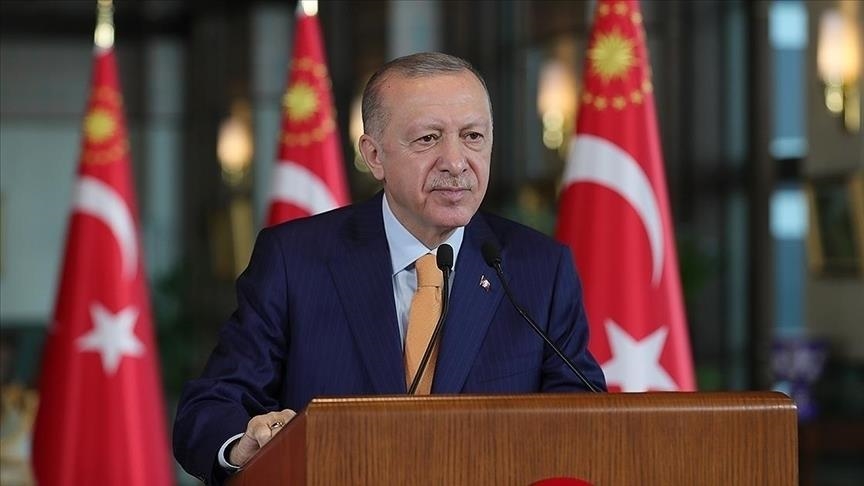 With Moscow and Kyiv, Turkey and the UN mediated a historic agreement that set aside three ports for Ukraine to deliver desperately needed grain supplies through a Russian embargo.

However, Russia has attacked the agreement, stating that its own exports had suffered and asserting without supporting data that most deliveries were going to Europe rather than to the developing nations where grain was most needed.

Turkey also played a key role in one of the largest prisoner swaps between Russia and Ukraine since the start of Moscow’s military campaign, in which over 200 prisoners were released.

Erdogan is keen to boost trade with Moscow as he tries to stabilize the battered Turkish economy in the run up to elections next June.

Putin suggested the establishment of an energy center in Turkey before to their meeting after several leaks on the Nord Stream gas pipelines to Europe were found.

Putin stated at a Moscow energy symposium that Russia may “transfer to the Black Sea region… its major route for the supply of fuel and gas to Europe through Turkey, constructing the greatest gas hub in Turkey.”