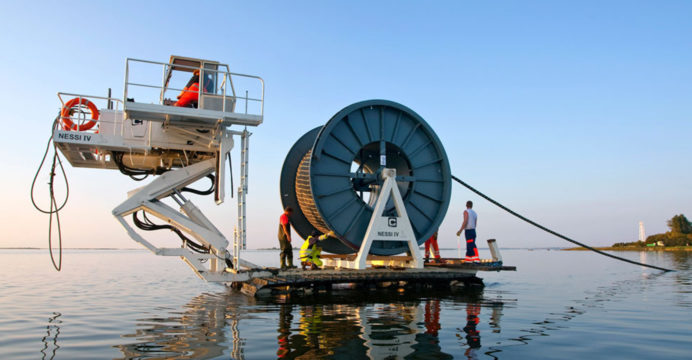 The company’s earnings in FY22 exceeded Tk250 crore, which is the biggest in its history.

According to corporate sources, the government’s initiatives to improve digital connectivity across the nation and boost 4G-based Internet usage are what caused the company’s profit growth to soar by such a significant amount.

The revenue of the submarine cable company increased by 214% over these five years, to almost Tk442 crore. In addition, the Dhaka Stock Exchange saw a 114% increase in the share price. On Monday, the price of a firm share was Tk219 per share.

The company’s board of directors has decided to pay its shareholders a 46% cash dividend for FY22, which is also the biggest so far.

The company’s net asset value per share was Tk64.66 and its earnings per share (EPS) were Tk15.16 at the end of the previous fiscal year. The firm has a 75% market share. 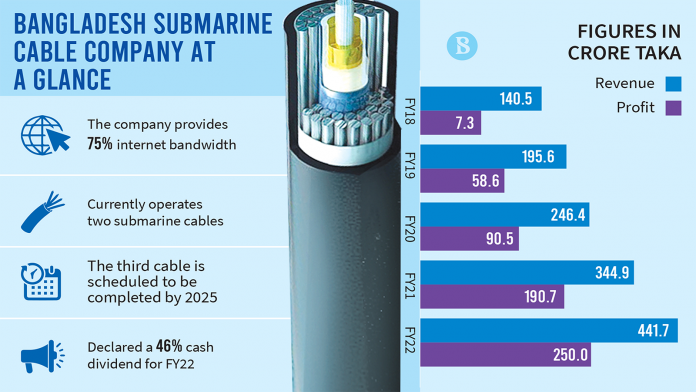 The market share of the corporation has been steadily rising since the start of 2017, and it is currently over 75%.

Bangladesh currently uses 1,564Gbps of the company’s capacity, 95% of which comes via the Singapore route.

In addition, the submarine cable will install the third underwater cable SMW-6 to double its bandwidth capacity in an effort to prepare for the rising demand.