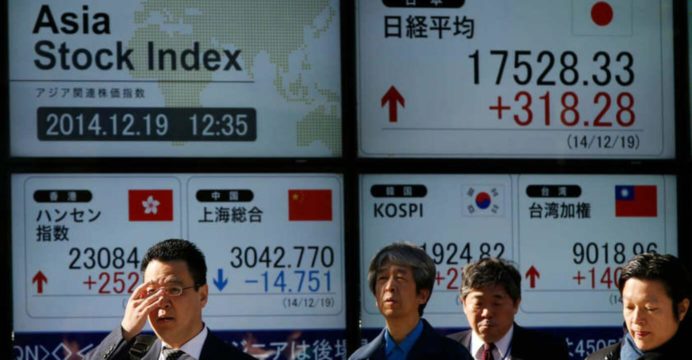 Tokyo stocks opened lower on Monday, extending falls on Wall Street, where fears grew that monetary tightening could lead to a global recession.

A key measure of US inflation released Friday showed the annual pace of price increases slowed slightly in August compared with the prior month, but still exceeded analyst expectations.

“In the United States, the view strengthened that the Federal Reserve’s rapid rate hikes will weaken the economy, while fears worsened over a slump in business performance following lacklustre earnings from Nike,” said Toshiyuki Kanayama, senior market analyst for Monex.

The Japanese market “is likely to start trading sluggishly in the wake of the Wall Street falls”, he said.

In New York on Friday, the Dow closed down 1.7 percent, the S&P 500 fell 1.5 percent and the tech-rich Nasdaq index also ended 1.5 percent lower. Shortly before the opening bell, the Bank of Japan’s closely watched Tankan survey was released, showing a worse-than-expected reading of plus eight among large manufacturers.

The figure meant confidence among major manufacturers fell for three consecutive quarters, despite market expectations that the lifting of Shanghai lockdowns would boost their sentiment.