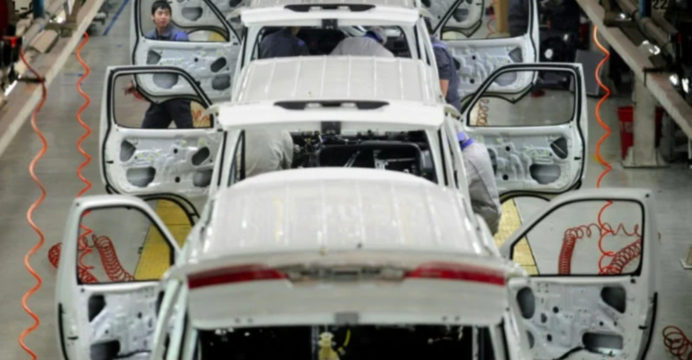 Business confidence fell among Japan’s largest manufacturers for the Q3

Business confidence fell among Japan’s largest manufacturers for the third straight quarter, a closely-watched survey showed on Monday, defying analyst expectations for a rise in sentiment. The Bank of Japan’s Tankan survey shows major manufacturers are still much more upbeat than during the gloomiest days of the Covid-19 pandemic.

But inflation, including higher energy prices fuelled by the war in Ukraine, has weighed on business confidence this year, analysts say.

The quarterly survey, considered to be the broadest indicator of how Japanese businesses are faring, showed confidence among large manufacturers at plus eight, down slightly from the previous reading of plus nine, reports BSS.

A positive figure means more manufacturers see business conditions as favorable than those that consider them unfavorable.

The reading has been falling since April after nearly two years of improving sentiment, which had plunged to minus 34 in June 2020 as Covid-19 restrictions pummelled the economy.

“While soaring material and energy prices continued to weigh on business sentiment, an easing supply crunch due to the lifting of Shanghai lockdowns
would provide a boost”, Tsuyoshi Ueno, senior economist at NLI Research, said ahead of Monday’s release.

Among large non-manufacturers, business confidence slightly improved to 14 from a previous reading of 13, the Tankan showed.

Inflation in Japan hit a seven-year high of 2.8 percent for items excluding fresh products in August, though the figure is much less steep than in many other countries.

The yen has also hit 24-year lows in recent weeks, prompting an intervention last month by the government, which is also preparing another round of stimulus measures to boost the world’s third-largest economy.