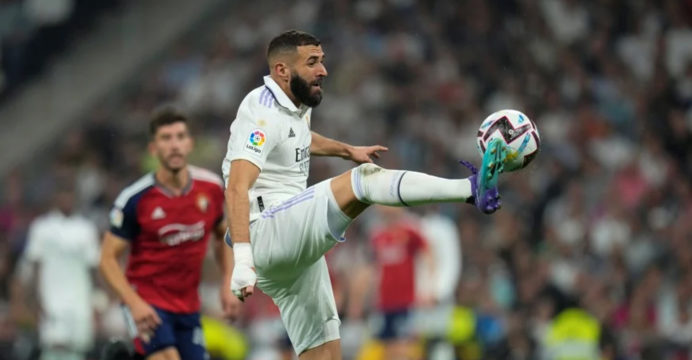 Real Madrid finally faltered in the fight for the La Liga championship on Sunday, drawing 1-1 with Osasuna after Karim Benzema missed a penalty for Real.

Madrid was disappointed by Jagoba Arrasate’s well-organized team at the Santiago Bernabeu while knowing they needed to win to maintain their lead after Barcelona defeated Real Mallorca on Saturday.

On his comeback from injury, Benzema won a penalty kick but missed it, and Madrid attempted to force a goal through but had another chance ruled out for offside.

Vinicius Junior scored the game’s first goal shortly before halftime with a cross that crept all the way into the far corner, but Osasuna earned a draw early in the second half thanks to Kike Garcia’s well-placed header.

“What we were missing was scoring that penalty, normally Karim scores them,” Madrid coach Carlo Ancelotti told DAZN.

“He had no problem playing the 90 minutes. It’s been a month since he’s played, he has to get his best form back. He did his part, he had the chance from the penalty. It’s an accident, sometimes it happens.” 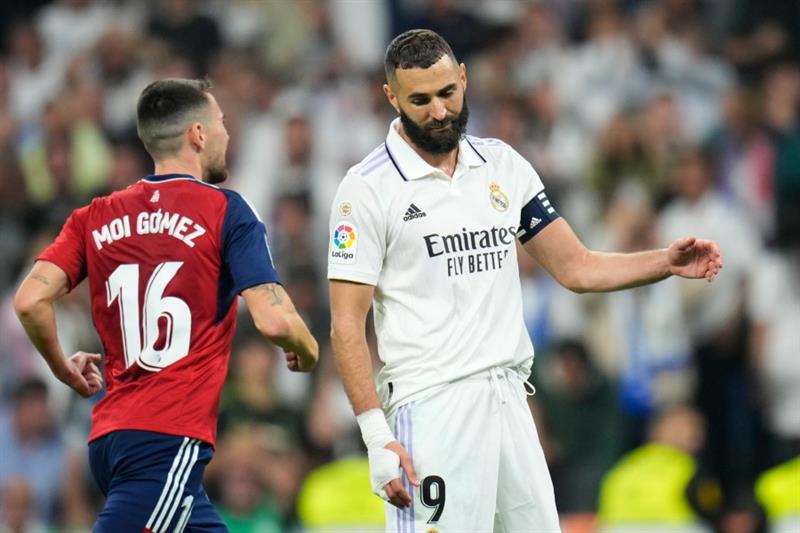 Benzema made his first appearance since September 6, while Andriy Lunin and Dani Ceballos started in place of injured duo Thibaut Courtois and Luka Modric.

Madrid probed promisingly down the flanks, while at the other end Abde Ezzalzouli, on loan at Osasuna from Barcelona, crashed a shot into the side netting on a bright display.

Vinicius accidentally caught Sergio Herrera off guard with a low cross, which Madrid used to score their opening goal. The ball slid in at the far post.

Osasuna protested that Benzema and Antonio Rudiger were out of bounds and obstructing play, but their claims were disregarded.

Five minutes into the second half, Kike Garcia skillfully hooked a backwards header over Lunin to draw the visitors even.

The goal meant Madrid have failed to keep a clean sheet in any of the first seven league games.

“We were quite solid at the back,” insisted Ancelotti. “We conceded a goal from a deep cross, it was quite strange. The team was balanced, the objective is always to be strong to avoid conceding.”