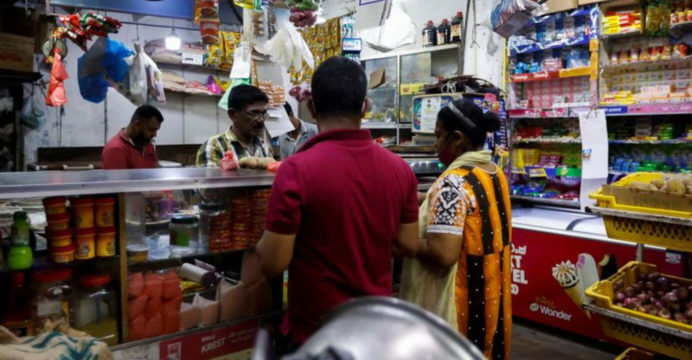 An unprecedented downturn forced the government to default on its $51 billion foreign debt in April and go cap-in-hand to the International Monetary Fund (IMF) for a bailout. Blackouts, chronic fuel shortages and spiralling consumer costs triggered months of political unrest, ultimately forcing the president to flee the country and resign, reports BSS.

Inflation was up 69.8 percent in September, according to the benchmark Colombo Consumer Price Index (CCPI) — a rise from 64.3 percent last month and 5.7 percent a year ago.

Food inflation in September was also a 12th consecutive monthly record at 94.9 percent, according to Sri Lanka’s statistics office.

The IMF has tentatively approved a four-year, $2.9 billion bailout to help Sri Lanka reorganise its finances, subject to an agreement with creditors.

It had also asked the government to contain spiralling inflation and address corruption as part of efforts to salvage the troubled economy. The Sri Lankan rupee has lost more than 45 percent of its value against the US dollar, and the economy is set to contract by 8.7 percent this year.