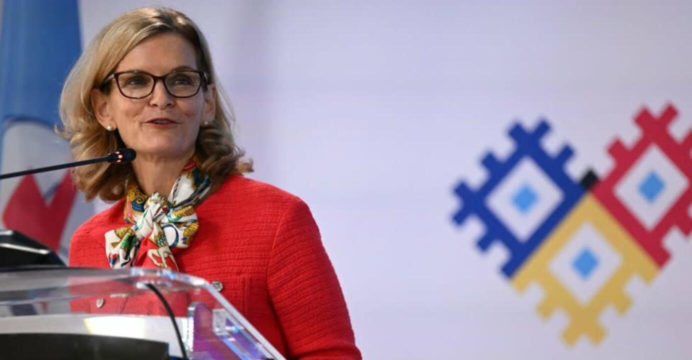 Doreen Bogdan-Martin has become the first woman to be elected as secretary-general of the International Telecommunication Union (ITU). The ITU is the main technology agency within the UN.

Originally founded in 1865 to manage the first international telegraph networks, the ITU now has an important role in facilitating the use of radio, satellite and internet, reports BBC.

Ms Bogdan-Martin beat her Russian rival Rashid Ismailov by 139 votes to 25. The American will succeed Houlin Zhao, who has been in the role since 2014, when her term begins on 1 January 2023.

She will be taking the reins of the oldest UN agency, which is responsible for many facets of international communications. These include assigning satellite orbits globally, co-ordinating technical standards, and improving infrastructure in the developing world.

There had been concerns ahead of the election because Ms Bogdan-Martin’s opponent had previously called for international regulation of the internet.

“Whether it’s today’s children or our children’s children, we need to provide them with a strong and stable foundation for growth,” Ms Bogdan-Martin said following her win.

“The world is facing significant challenges – escalating conflicts, a climate crisis, food security, gender inequalities, and 2.7 billion people with no access to the internet.”

She said she believes the ITU has an opportunity to help many of these issues.

Who is Ms Bogdan-Martin?

In her previous role as director of the ITU’s Telecommunication Development bureau, Ms Bogdan-Martin’s remit included job creation, digital skills development, diversity, and gender equality. Her candidacy for the top job was endorsed by US President Joe Biden, who said she had the “integrity, experience, and vision necessary to transform the digital landscape”.

“She understands the importance of connecting every school to the internet and making sure every student can access virtual learning, providing women and girls the digital tools they need to succeed, and extending the benefits of online health and educational resources,” he said in a statement.