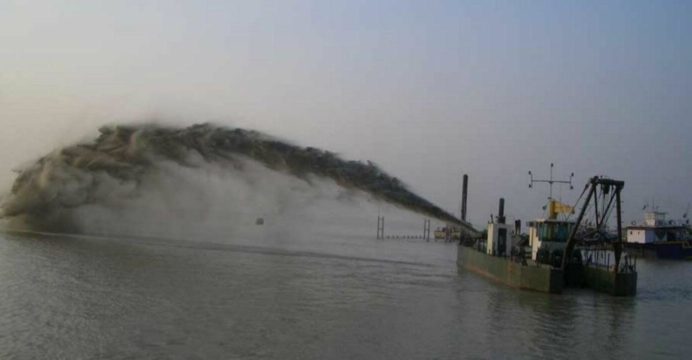 Energypac Power Generation Limited (EPGL) has recently organized a webinar titled “The importance of river dredging and its future plans”, where speakers discussed the necessity of dredging rivers in Bangladesh, setbacks in this regard, and ways to overcome them.

Bangladesh is a riverine country, where rivers play a significant role in the country’s socioeconomic development. When it comes to transportation and communication, riverways are preferred by many as the most convenient means. However, nowadays, the navigability of the rivers is decreasing at a considerable rate. Consequently, even only 5 mm of rain can now be enough for most regions to submerge. River dredging can come as a viable method to recover the rivers’ navigability. Capital dredging can also contribute to keeping the waterways running – as urged by the participating speakers at the webinar. 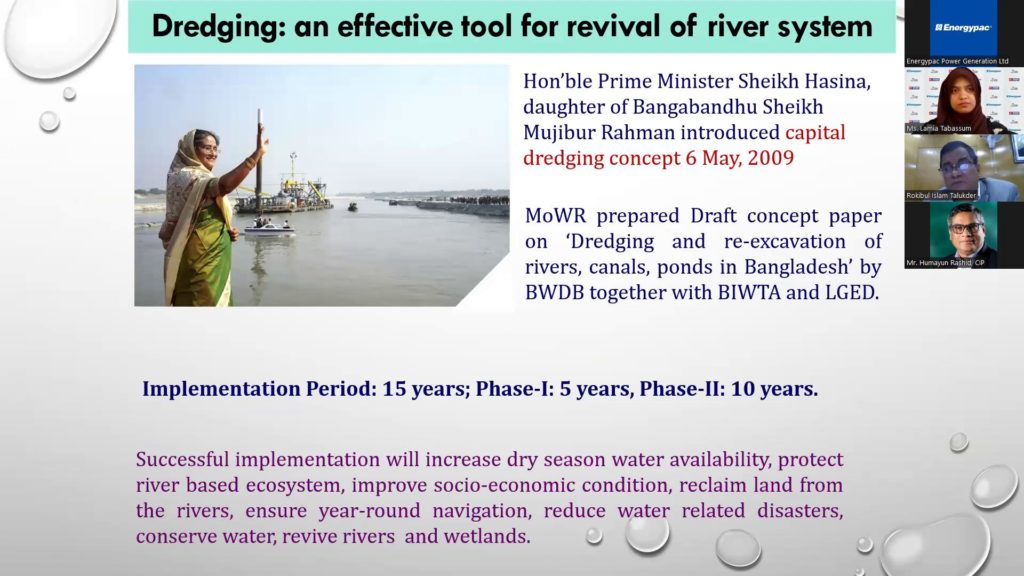 On this regard, the webinar’s Chief Guest, Rokibul Islam Talukder, Additional Chief Engineer (dredging), Bangladesh Inland Water Transport Authority (BIWTA) said, “In accordance to the Hon’ble Prime Minister Sheikh Hasina’s directives, various projects focused at developing the country’s 10,000-kilometer-long waterways are currently ongoing. These projects should contribute to the development of the river transport sector along with increased employment opportunities within the sector. We believe that this can make significant contributions to our export-import sector as well.”

Speakers also emphasized on technological advancement, automation and digitalization for fast-tracking the process of river dredging. Besides, they also spoke about the necessity of improved trainings for parties involved in the process, while also putting a special emphasis on its timely implementation.

Humayun Rashid, Managing Director & Chief Executive Officer of Energypac, said, “We consider the rivers to be our mothers, but unfortunately, we are continuously polluting these rivers with all sorts of junk and plastics. As a responsible organization, Energypac Power Generation Limited has been conducting river cleaning activities every month, and we believe that such initiatives will also inspire others.”
Engr. Md. Ruhul Quddus, Executive Director, Dredging, E-Engineering Limited; Md. Sirazul Islam, Engineering and Ship Survey and Inland Vessel Registrar, Department of Shipping; and Mohammad Masum Parvez, Chief Business Officer, Power and Energy Division, Energypac Power Generation Limited were also present at the event.