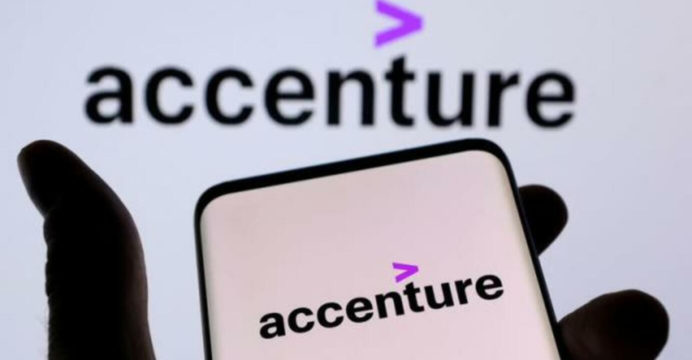 Accenture Plc on Thursday warned this year’s dollar surge would hurt its fiscal 2023 results, even as robust demand for digital offerings helped the IT services major top quarterly earnings estimates. U.S. firms with large overseas operations such as Microsoft and Salesforce have in recent months flagged the toll from the strongest greenback in two decades.

Accenture, which generates more than half of its revenue from outside the United States, expects a 6% hit to results from the dollar in fiscal 2023. A strong greenback usually eats into profits of firms that convert foreign currencies into dollars.

The company’s first-quarter revenue forecast of $15.20 billion to $15.75 billion was also below the $16.07 billion expected by analysts, according to Refinitiv data. While the annual revenue forecast was a tad higher than estimates, the profit view widely lagged that of Wall Street, reports Reuters.

Demand for IT services, however, remains strong from businesses looking to expand their digital presence, somewhat shielding the sector. Accenture, whose offerings include cloud and security services, reported new bookings of $18.40 billion for the fourth quarter ended Aug. 31, its second highest on record.

Analysts have cautioned that an economic slowdown could dent IT budgets and cracks have already started showing after “measured” client spending forced Salesforce to cut its forecasts. read more

“Concern for Accenture and other IT Consulting firms is the increasing indication of new IT deployments being halted,” said Erik Bradley, chief strategist at research firm ETR.

“The initial expectations for total 2023 spend is currently at 5.9% growth for next year, a muted number compared to recent years.”

Quarterly revenue was largely in line with estimates, while profit beat expectations. Accenture raised its dividend by 15% to $1.12 per share and said it would buyback shares worth an additional $3 billion.