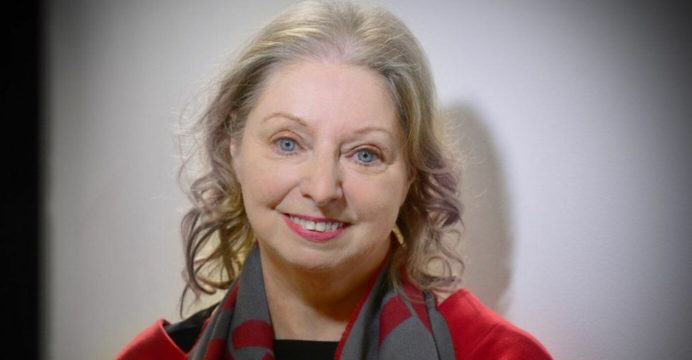 Dame Hilary Mantel, author of the best-selling Wolf Hall trilogy, has died aged 70, her publisher has confirmed. She won the Booker Prize twice, for 2009’s Wolf Hall, the first in the Thomas Cromwell series, and its 2012 sequel Bring Up the Bodies.

In a statement, her publisher said: “We are heartbroken at the death of our beloved author, Dame Hilary Mantel, reports BBC.

“Our thoughts are with her friends and family, especially her husband, Gerald.

“This is a devastating loss and we can only be grateful she left us with such a magnificent body of work.”

HarperCollins said Dame Hilary had died “suddenly yet peacefully” on Thursday, surrounded by family and friends, after suffering a stroke.

Wolf Hall was a fictional account of Thomas Cromwell’s rise to power in the court of Henry VIII.

The third and final book in the series, The Mirror and the Light, was published in 2020 to much critical acclaim, became a fiction best-seller and was longlisted for The Booker Prize 2020.

The trilogy sold more than five million copies globally and has been translated into 41 languages.

In an interview with The Guardian, Dame Hilary said it took years to research the books to ensure they were historically accurate portrayals.

She said it was her aim to put the reader in “that time and that place, putting you into Henry’s entourage”.

“The essence of the thing is not to judge with hindsight, not to pass judgement from the lofty perch of the 21st Century when we know what happened,” she said.

“It’s to be there with them in that hunting party at Wolf Hall, moving forward with imperfect information and perhaps wrong expectations, but in any case moving forward into a future that is not pre-determined, but where chance and hazard will play a terrific role.”