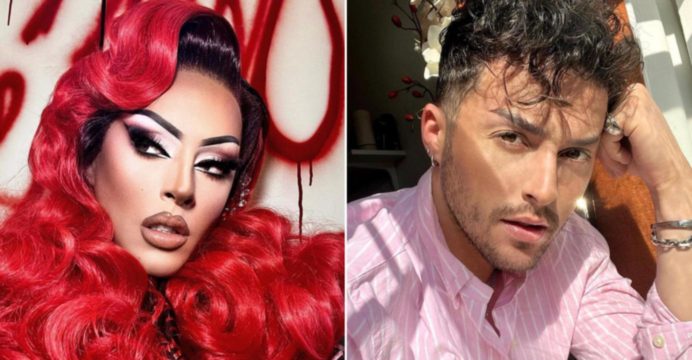 Drag performer George Ward, known by his stage name Cherry Valentine, has died at the age of 28, his family have announced.

Ward appeared on the second series of RuPaul’s Drag Race UK and went on to front the BBC documentary Gypsy Queen And Proud. A statement from his family described his death as a “profound shock”.

Ward, who died on Sunday, was raised in Darlington, County Durham as part of the Traveller community. He qualified as a mental health nurse in 2015, before starting his career in drag, reports BBC.

“It is with the most heart-wrenching and deepest sadness to inform you that our George – Cherry Valentine – has tragically passed away,” Ward’s family said.

“This will come as a profound shock to most people and we understand there is no easy way for this to be announced.”

“As his family, we are still processing his death and our lives will never be the same,” they added.

“We understand how much he is loved and how many lives he has inspired and touched. All we ask is for your patience and your prayers in this time. We love you Georgie.”

In December 2020, Ward was announced as one of 12 contestants competing in the second series of the UK version of RuPaul’s Drag Race, which is broadcast on BBC Three. In his introductory video for the show, he described his Cherry Valentine alter-ego as “glamour”, “dark” and “gothic”.

He said his work as a nurse had “put me in that right position to be able to understand people a bit more”.

“If you are a drag queen you are working with people. And to understand people I think you go the extra mile.”

After appearing on the show, Ward joined with the BBC to produce a documentary exploring his Traveller heritage, called Gypsy Queen And Proud. He revisited the community he left aged 18 as part of the programme.

Ward also performed publicly and appeared opposite Charli XCX in the music video for her single Good Ones. Being interviewed for the launch of Drag Race UK in January 2021, Ward explained he was introduced to the drag scene while a student at Lancaster University.

“I went to Manchester for a couple of nights out and thought: ‘This is crazy, this is what I want to do.’ That’s when Cherry was born,” he said.

“I did drag in Darlington behind the scenes. It was a case of doing it when your parents are out of the house and dressing up in your mother’s clothes, strutting round the house in nails.”

Speaking about taking part in the show, he said: “I just wanted to go on and show wherever you come from, whoever you are, you can do whatever makes you happy.”

Following the news of Ward’s death, BBC Three controller Fiona Campbell said: “We are all shocked and heartbroken to hear the news of the passing of George, known to many as Cherry Valentine. A fan favourite and an inspiration to so many, we were privileged to have worked with him.”

Fans of the show also posted social media tributes to Ward on Friday following the news of his death.

Singer Jack Remmington described Ward as “a brilliant drag performer who did so much for this world both as a nurse, and as representation for the gypsy community”.

“In such sad shock at the news of Cherry Valentine,” added writer and journalist Harrison Brocklehurst. “What an absolutely incredible queen.”