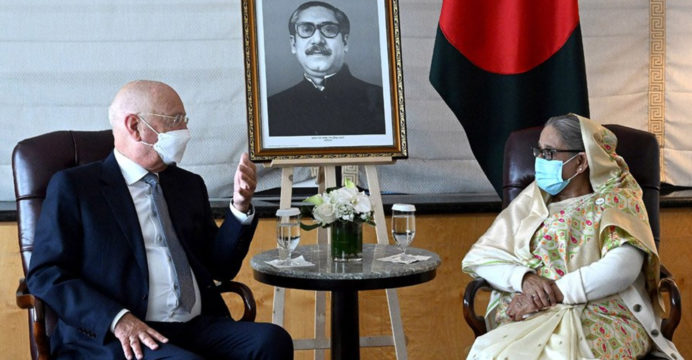 In light of the Covid-19 pandemic, the Russia-Ukraine war, and the food and energy crises that have hit poor nations, Prime Minister Sheikh Hasina today expressed her concern about these issues.

The Premier voiced this concern as Professor Klaus Schwab, Executive Chairman of the World Economic Forum (WEF), paid her a visit at her residence in this city.

The Prime Minister’s activities today were discussed with the media by Foreign Minister Dr. AK Abdul Momen and State Minister for Foreign Affairs Shahriar Alam as they were attending the 77th session of the United Nations General Assembly (UNGA).

Sheikh Hasina hoped that future collaboration between Bangladesh and WEF will strengthen in order to address issues such as pandemic and conflict response, socioeconomic development through information technology, addressing the consequences of climate change, and boosting commerce.

The Bangladeshi Prime Minister has been invited by Professor Schwab to the WEF Summit in Davos in January.

Additionally, the president of Slovenia, Borut Pahor, and the prime minister of Bangladesh met in private at a booth at the UN headquarters.

Slovenia and Bangladesh’s bilateral cooperation concerns were discussed during the meeting.

Later, Sheikh Hasina, the prime minister of Bangladesh, and Guillermo Lasso, the president of Ecuador, met again in a bilateral booth at the UN headquarters. 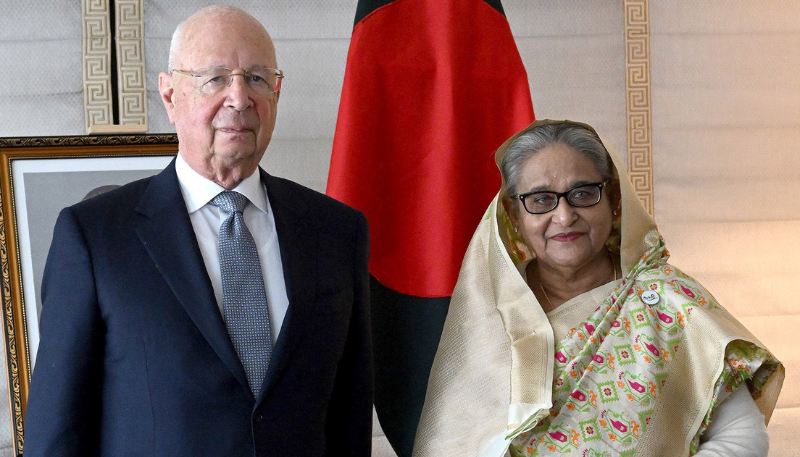 Both leaders discussed the bilateral issues of cooperation between the two countries.

While the Prime Minister was away, Rabab Fatima, the UN Under-Secretary-General at the Office of the High Representative for the Least Developed Countries, Landlocked Developing Countries, and Small Island Developing States (UN-OHRLLS), made a courtesy visit to her.

Sheikh Hasina expressed optimism that OHRLLS would support LDC and developing nations more actively so that international financial institutions could offer aid during the financial crisis without imposing stringent requirements.

Rabab Fatima invited the Prime Minister to participate in the LDC-5 Conference to be held in Doha in March 2023.

The Bangladesh Premier was then contacted at her residence in the bilateral conference room by Nick Clegg, President of Global Affairs, Meta.

At the discussion, potential facets of information technology collaboration between Bangladesh and Meta were also highlighted.

Nick Clegg stated his joy to provide Meta’s full assistance in the continuous development of Internet-based businesses for the country’s economic development while praising the achievements of the current government in creating Digital Bangladesh.