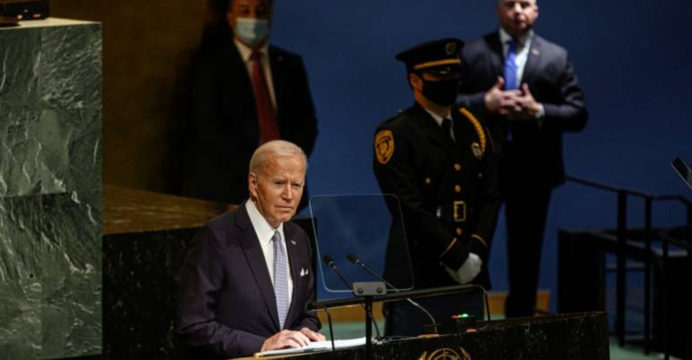 The United States remains dedicated to the creation of a Palestinian state, President Joe Biden said in a statement to the UN on Wednesday, although he made no mention of any new peace initiatives.

In his address to the UN General Assembly, Vice President Joe Biden declared, “We will continue to strive for enduring, negotiated peace between the Jewish and democratic state of Israel and the Palestinian people.”

A two-state solution, according to him, “remains in our opinion the best approach to assure Israel’s security and prosperity for the future and offer the Palestinians a state to which they are entitled,” with “an equal degree of freedom and dignity.”

When visiting Israel and the West Bank in July, Biden said things along those lines. However, since 2014, Israeli-Palestinian peace talks have been inactive.

Since Biden defeated the vehemently pro-Israel Donald Trump, relations between Washington and the Palestinians have improved; however, some Palestinians believe that the administration is overly cautious and more interested in economic initiatives than what they perceive to be the fundamental political conflict.