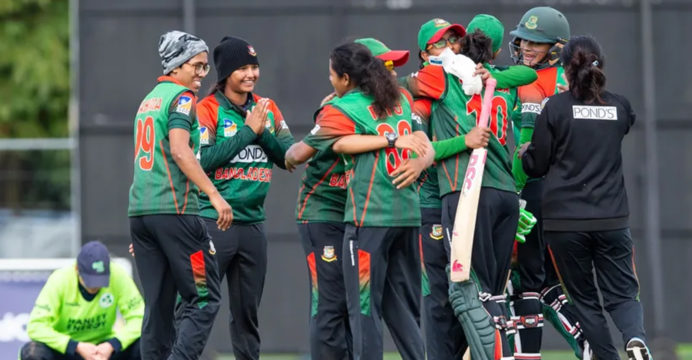 The Bangladesh Women’s team won Group A of the ICC Women’s Qualifying Tournament without losing a match, advancing to the semifinal on Wednesday.

After defeating Scotland and Ireland in their previous games, Bangladesh defeated USA by 55 runs at the Sheikh Zayed Stadium in Abu Dhabi to capture their third victory of the group.

US captain Sindhu Sriharsha struck 74 from 71 while chasing the challenging target, but her team could only manage 103 runs after losing three wickets.

Bangladesh will now play in the semifinal, and a victory there would guarantee them a spot in the T20 World Cup, which is set to take place in South Africa the following year.