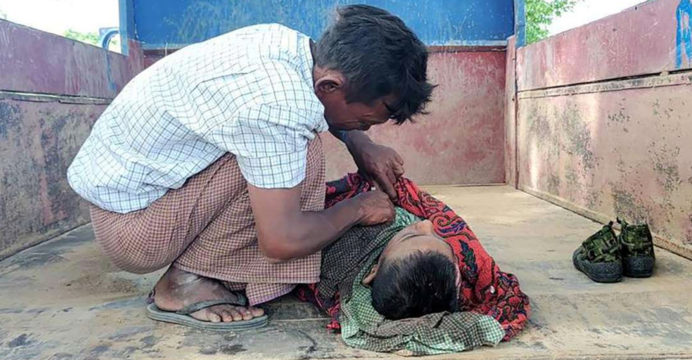 11 students were murdered in an airstrike in Myanmar: UNICEF

According to the UN Children’s Agency, at least 11 pupils were killed in an airstrike and subsequent shooting on a village in Myanmar. The country’s junta claimed that the attack was directed at rebels who were allegedly sheltering in the region.

Antonio Guterres, the head of the UN, denounced the walkout on Tuesday, according to his office, which said that 11 students were among the at least 13 fatalities.

Since the military overthrew the government in a coup in February of last year, the Southeast Asian nation has been in upheaval, with around 2,300 citizens reportedly dead in a crackdown on opposition.

The country’s northwest area of Sagaing has seen some of the bloodiest violence, as battles between military forces and coup opponents resulted in the burning down of entire communities.

The violence that occurred on Friday in Depeyin township in Sagaing was denounced by UNICEF, the UN agency for children.