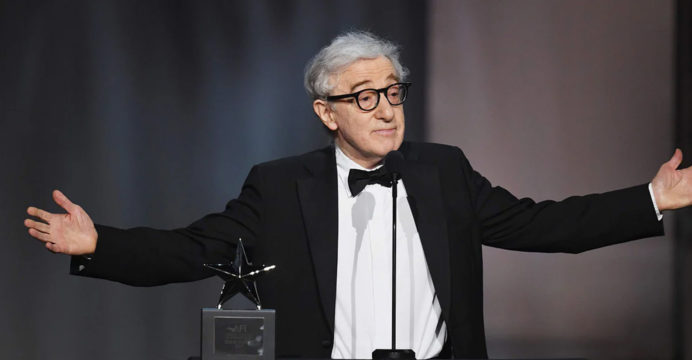 The multi-Academy Award-winning filmmaker and actor Woody Allen, whose career spans more than six decades, has announced his departure from the film industry.

Allen reportedly told a Spanish newspaper that he plans to retire from filmmaking and spend more time writing during his later years while working on his 50th movie in Europe lately, according to sources.

Allen’s final movie, which is set in Paris, will be shot fully in French in a few weeks.

The upcoming movie has been described by him to be similar to ‘Match Point’, saying it would be “exciting, dramatic and also very sinister.”

Allen has completed his fifth collection of humor pieces, “Zero Gravity,” which Alianza in Spain will release on September 27.

According to a media site, Arcade published it and Simon & Schuster handled distribution in the US.

As his popularity in the US sank in the wake of the abuse allegations against him, the seasoned filmmaker has begun filming more frequently in Europe.

In 2022, he premiered the San Sebastian Film Festival with the film “Rifkin’s Festival,” which was filmed in and around the posh neighborhood of San Sebastian.