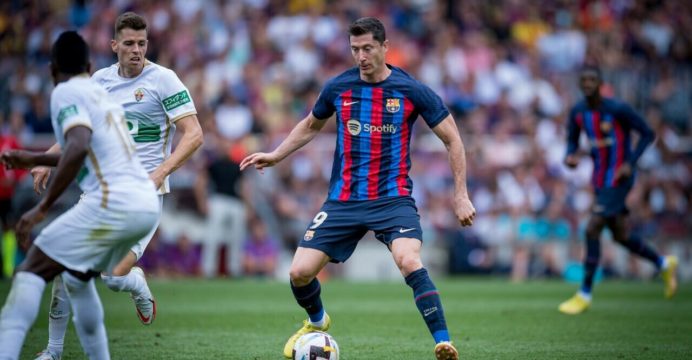 On Saturday, Barcelona thrashed Elche 3-0 as Robert Lewandowski, a relentless striker, scored twice as Barcelona moved a point ahead of Elche at the top of La Liga.

Since signing from Bayern Munich this summer, the Polish forward has been on fire, scoring 11 goals in only eight games across all competitions.

After five games, Real Madrid has a perfect record, but the Sunday derby will be played away against Atletico Madrid.

Barcelona took advantage of this opportunity to temporarily remove the champs.

“We’ll sleep as leaders for the first time in two years,” said Barca coach Xavi Hernandez. “We’ve done our homework and got the three points. We’re on the right path.” 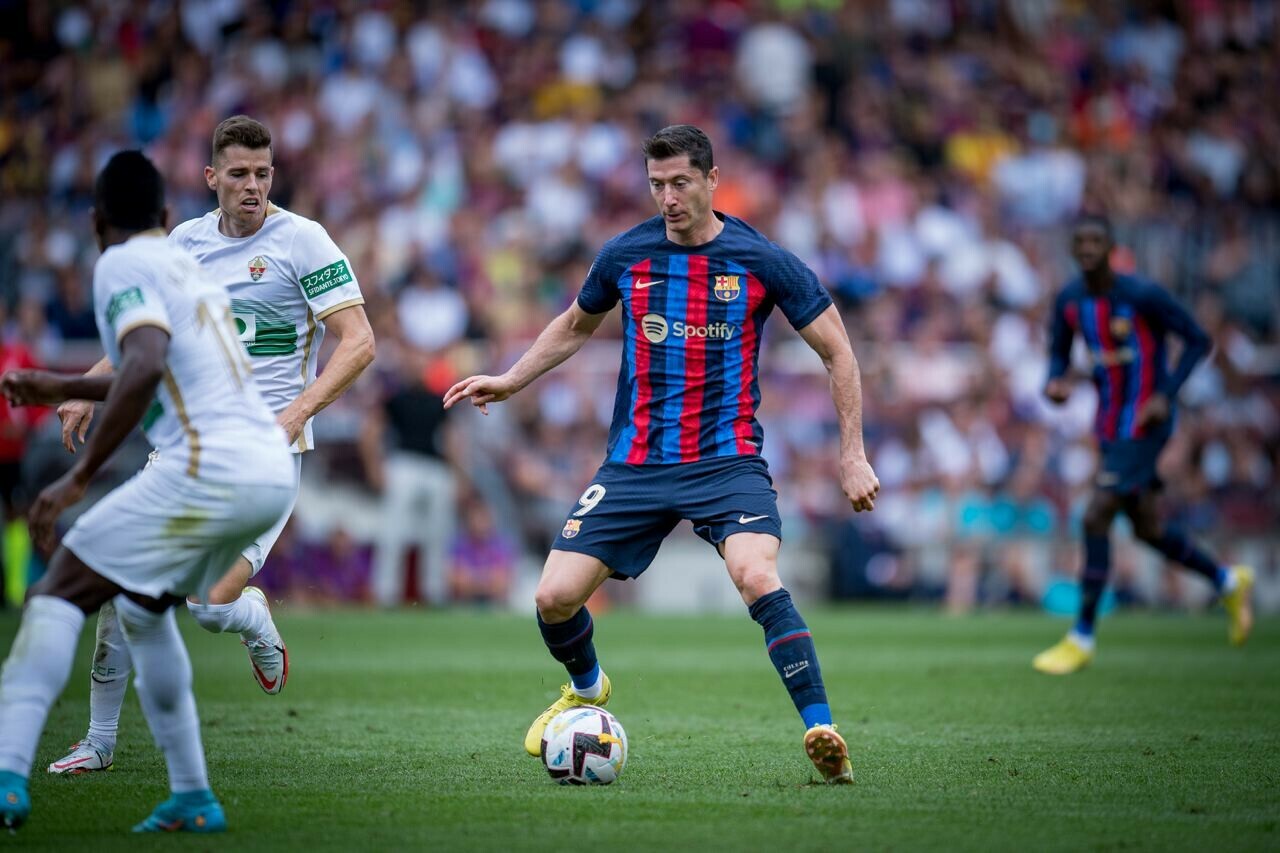 Elche, who are at the bottom of the standings, made it much simpler for the hosts when Lewandowski was brought down after 14 minutes as he was bursting through on goal by Gonzalo Verdu and was promptly sent off.

After 34 minutes, Lewandowski broke the tie as Barcelona piled up the chances.